Sierra Katow stands confidently on stage with mic in her hand, only fidgeting when she tucks strands of her long black hair behind her ear. She’s been honing her comedic chops since she began performing at 16, before she was technically allowed inside clubs as a patron.

“I would stand out on the sidewalk and then they’d pull me in when it was my time to go up, and then I’d have to leave again because they got pretty strict on the 21-and-up [rule],” says Katow. “I just thought, ‘This is how it is, it’s just exciting to be here in the first place!’”

Nearly a decade later, things have changed for Katow. At 25, her packed resume includes performing on NBC’s “Last Comic Standing” and “Last Call with Carson Daly”—both of which came about while she was a student at Harvard University, where she graduated in 2016 with a computer science degree. Katow is also known for her work with Wong Fu Productions’ series “Dating After College” and as a writers’ assistant for “Drop the Mic.”

Nowadays, she can now go into those comedy clubs with a flash of her license, but one noticeable thing that hasn’t changed: when Katow steps on stage, she’s still visibly excited to be there. She’ll laugh at herself, too. Other times it’s almost as if she’s inviting the audience to join in on the joke, even if they might feel uncomfortable.

In one bit, posted to the Just For Laughs YouTube channel in February, Katow talks about how one of the biggest challenges of dating a white guy is all of the “research” an Asian girl has to do to make sure he isn’t only dating her because of her ethnicity. She prefaces the joke with a message to the white male audience members prevalent in the audience. “This joke is for all of you as well,” Katow says with a chuckle. “Don’t worry—just like everything else in the rest of the world!”

Katow says that stand-up has helped her push back against stereotypes that might get placed on her because of her gender and ethnicity. “People might assume I’m quiet, and this is a good way to knock that down right away,” she says.

These days, Katow is continuing to book stand-up gigs while further developing as a writer. She also launched Stay Podsitive this year, a podcast where she interviews a different guest each week aiming to answer the question of how to stay positive amid the chaos of the world. Her guests so far have included comedian and actress Sherry Cola, singer Megan Lee and activist Saad Amer. “I just wanted to hang out with people who make me laugh and have interesting points of view,” Katow says.

But stand-up comedy, Katow says, will always be one of her biggest passions because it helped her find her voice as she’s grown over the years. In high school, she became involved in student government and discovered her power to make people laugh. And when her family got cable TV and she became familiar with Comedy Central and stand-up specials, she started to see what comedy could be for her. “I was like, ‘Oh this is great,’ because you can basically do a funny speech without the actual ‘getting elected’ thing!” Katow says. “I also just hated feeling super shy in school. I thought that maybe [comedy] would help me come out of my shell and help me be the ‘true me.’ Once I got into it, it just became a hobby that spun out of control.”

It’s a hobby that’s carried her far into a professional career of making people laugh. Being 25, she acknowledges, is still young and her future goals are always evolving. Right now, Katow has dreams of writing her own show someday, which grew from watching female comedians and writers such as Issa Rae and Phoebe Waller-Bridge. “At the moment, it’s really exciting to think, ‘I’d love to have my own comedy TV show,’” Katow says. As she lists the other goals she has for her career (potentially starring in her own show, continuing to do the podcast), that same bright optimism she began her career with is audible; it’s clear that no matter what Katow does next, she’s always excited for the journey. 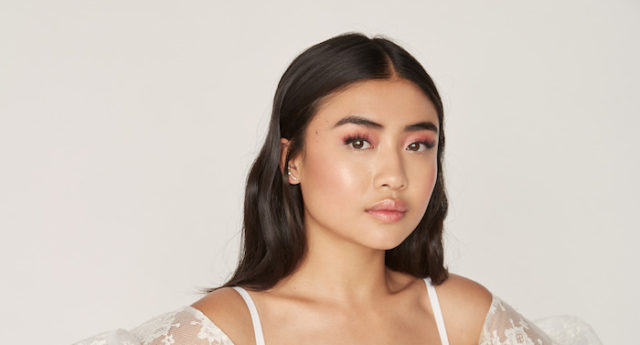 Nothing could be worse than being trapped in abandoned underwater ruins, with a dwindling oxygen supply and no escape … unless there was a merciless shark nearby, waiting for […]