TV journalist SuChin Pak is keeping busy these days as founder and organizer of the Hester Street Fair in New York City’s Lower East Side.

A new short documentary, sponsored by tech giant Microsoft, takes viewers behind the scenes of the chic flea market which houses up to 60 local vendors every weekend.

Pak co-founded the street fair with her brother Suhyun and two others in April 2010.

Check out the video after the jump: 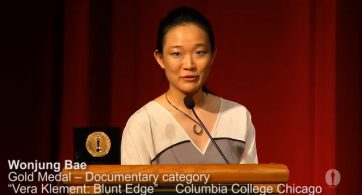 A graduate film student at Columbia College in Chicago was awarded a Student Academy Award in the documentary category last Saturday. Wonjung Bae accepted the Student Oscar for her […]