SEVEN YEARS AFTER HER ACADEMY AWARD NOMINATION FOR BABEL,THE GROUNDBREAKING ACTRESS HAS BECOME A STYLE ICON, CHANEL MUSE, AND A NOW A LEADING LADY IN GUILLERMO DEL TORO’S LATEST FILM,PACIFIC RIM. CAN WE JUST TELL YOU – WE’RE IN LOVE WITH RINKO KIKUCHI.

WHEN RINKO KIKUCHI arrives at the penthouse suite of the Gansevoort Hotel in the Meatpacking District of New York City, she’s dressed in an oversized sweater, leggings, a pair of Louis Vuitton sunnies, and Prada “Double Geta-Style” platform sandals in blue and black. On the other side of the room, among the racks of designer clothes and accessories meticulously laid out by the stylist, is a near-identical pair of the Prada sandals, but in red and black.

Coincidence? We take it as fate. Seven years after Kikuchi first graced our cover, right after her Oscar nomination for Babel, she’s back in the pages of Audrey, and this time, for our milestone 10th anniversary cover.

In 2006, Kikuchi was the newest ingenue in Hollywood. A relatively unknown actress in Japan at the time, Kikuchi became the first Japanese woman in 50 years to be nominated for an Academy Award, for her role as the troubled deaf-mute Japan- ese teen Chieko Wataya. (In fact, she was only the fifth actress in the award’s history to be nominated for playing a character without saying a word).

Since then, she’s made a number of movies, both Japanese and foreign, including 2008’s The Brothers Bloom, her last english-language film where her character knew only three words of english, and the film festival favorite, Norwegian Wood, directed by Tran Anh Hung. She recently finished shooting universal’s martial arts epic, 47 Ronin, starring Keanu Reeves, due out in December. And Kikuchi is about to make headlines again, starring as the female lead in acclaimed director Guillermo del Toro’s upcoming science fiction monster film, Pacific Rim.

When Kikuchi first heard of the role of Mako Mori, a Japanese pilot-in-training, she immediately sent an email to her Babel director, Alejandro GonzÃ¡lez IÃ±Ã¡rritu, who she knew was close to del Toro. “[Guillermo del Toro] is a big director. I’m a big fan of his films,” she says. “I first met him when I was nomi- nated [for Babel] and met him through Alejandro in New York. I told him, ‘I really want to work with you.’ [So] getting this role has been a dream come true.”

For Kikuchi, playing the very physical character of Mako Mori was refreshing. “I’ve done a lot of serious dramas and roles. [With Chieko], she had a lot of serious problems in her life, so I did a lot of roles like that [afterwards],” she says. “With [Mako Mori], she’s really tough. She’s kind of like a superhero. It’s different from my roles in the past.”

Indeed, Pacific Rim has been likened to a live action version of the widely popular Japanese anime Neon Genesis Evangelion. Both stories involve massive, mind-operated fighting mechas, or robots, that were created to battle against gigantic monsters threatening humanity. Kikuchi’s character operates one of the main mechas. “I wore an armor suit where I was in a cockpit while driving the robot. It was similar to [riding] a rollercoaster; I was so scared,” says the 32-year-old. “It was the most physically demanding shoot, but we [along with co-star Charlie Hunnam, who plays former pilot Raleigh Becket] really felt like pilots during that particular scene.”

Like most actors cast in action roles, Kikuchi underwent a rigorous training schedule. For many months, she endured a boot camp of running, swimming, weightlifting and stick-fighting martial arts, the latter of which she enjoyed since she had practiced martial arts growing up in Japan.
Training for the action sequences wasn’t the only challenge Kikuchi faced; this was also the first film where she didn’t have a translator on set. She did have a dialogue coach and an english teacher (in fact, our interview with Kikuchi was sans translator), which helped when del Toro would come up with last-minute changes. “He gave me lines on set that weren’t in the script,” she remembers. “I needed time to [learn] the lines because Mako speaks english fluently.”

Such stressful moments notwithstanding, Kikuchi says del Toro was a jokester on set and, as a huge fan of Japanese ani- mation, would sing songs from the anime film My Neighbor To- toro to bond with her. And despite the challenges, Rinko feels fortunate to have been cast in Pacific Rim, acknowledging the lack of roles for Asians in Hollywood. “Since Babel, I’ve had few roles in international films since there are so few roles for Japanese, [but] I want to continue working in the united States.”

That may explain why Kikuchi has delved into other projects in the last six years other than acting. early in her career, she had met Chanel designer Karl Lagerfeld at the Cannes Film Festival and became a muse of sorts. Lagerfeld dressed her all through awards season in 2007, and she even modeled for the luxury line in print advertisements. Most recently, she collaborated with Japanese brand ZuCCa on a collection of clothing (she says she was wearing some pieces during the interview), and directed a short film, Memory of an Artist, about a man who searches for memories of a former lover who has passed away.

It seems natural that Kikuchi has become such a style icon and fashion darling. Thanks to her stylish mother, she grew up with fashion, wearing designers like Yohji Yamamoto. “My mom always looked really cool,” she says. “She loved the colors black and white. I’ve never seen her wear sneakers; she wore nice high heels. She had really short hair back then, too. Now I have short hair, which I like to think was inspired by her.” Kikuchi even got her first Chanel bag at the age of 20. “I still have vintage clothes from back then. [My mother] gave me great stuff that was timeless.” With that background, it’s no wonder fashion magazines like Vogue, Marie Claire and Nylon have embraced Kikuchi, a natural in front of the camera. “When I shoot for magazines, I really enjoy working with the fashion [on set],” she says.

Good thing Kikuchi is now based in New York, one of the fashion capitals of the world. With Pacific Rim set for release July 12, style watchers everywhere will be keeping a close eye to see what – and who – she wears on the red carpet. If our shoot is any indication, she’s still got a serious penchant for Chanel. We can’t wait to see. 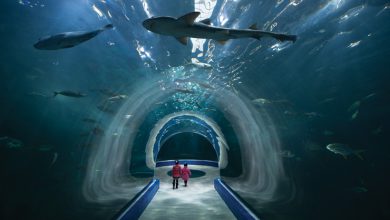