Byung Hun Lee is a celebrity in his native South Korea as one of the nation’s top actors. Nevertheless, when he was on set for the upcoming action-comedy sequel Red 2, playing the role of Han, an agent-turned-hired killer out to get Frank Moses (played by Bruce Willis) – his second Hollywood role this year after playing Storm Shadow in the spring block- buster G.I. Joe: Retaliation – he couldn’t help but feel a little star-struck.

“There are amazing actors in this film. They are legends: Anthony Hopkins, Helen Mirren and John Malkovich. It was a great experience, but I had a hard time adjusting to the environment the first time. Acting among them made me so nervous,” says the 42-year-old.

Fortunately, Lee’s character allowed him to look pretty cool onscreen. “Han has a lot of pride,” says Lee. “He’s a pretty scary character in the movie.”

Interestingly, the action sequences weren’t the challenging part of filming for Lee (“I’ve done a lot of action movies in Korea,” he says); it was adjusting to a different type of comedy. “Every country has its own brand of comedy,” he says. “I had to understand American comedy and the cultural differences.”

Born and raised in South Korea, Lee got into acting 23 years ago when his mother gave him an application for an open audition at KBS, one of the nation’s top broadcasting companies. He soon landed his first role starring in the 1991 television drama Asphalt My Hometown. After working on a number of dramas the next couple of years, he starred in his first film, What Drives Me Mad?, opposite the late actress Choi Jin-sil.

Despite Lee’s extensive career in film and television, he says he initially wasn’t interested in acting. “I never thought about being an actor,” he says. “My real personality is different. I don’t want to show off. I don’t want to speak about myself in public. I don’t have that outgoing personality.”

Even when his career started to take off, he still had one foot out the door. “I thought this was not a job I would have for the rest of my life. This will be just a great experience for me,” he remembers. It took a couple years for him to realize that acting was “something that I could put all my passion into.”

It’s a passion that he may have inherited from his father, who passed away 15 years ago. “When I was a kid, my dad really loved Hollywood movies,” says Lee. “He knew a lot of things about films, actors and actresses. He was like a directory of Hol- lywood films. He always told me lines from the movies. He was a maniac about Hollywood films.” When he told director Dean Parisot about his father, Parisot decided to use a real photo of Lee at the age of 5 holding hands with his dad in the film.

“To have that picture in the film – it was amazing because my father was such a huge fan [of Hollywood]. Even though he passed away, he could still participate in this project with this picture,” says Lee.

Now with multiple big-budget Hollywood films under his belt, and his hand- and footprints immortalized in cement at the famed TCL Chinese Theatre (formerly Grauman’s Chinese Theatre) in Hollywood (the only other Korean actor with that honor is Ahn Sung-ki), the once-reluctant actor is not showing any signs of slowing down anytime soon. He says he’ll continue look- ing at scripts in both Hollywood and Korea, focusing on films but still open to television dramas, which are immensely popular in South Korea. In fact, Lee seems interested in taking the hallyu wave to the next level by working with a Korean director on a Hollywood film – maybe Park Chan-wook, with whom he worked in Joint Security Area, which made him an international star in Asia, or Bong Joon-ho of films The Host and Mother.

After nearly a quarter of a century as an actor, how does Lee keep it fresh for himself? It’s the same bit of advice he has for new actors: “Always try to keep an open mind and think freely as a child.”

Watch out Hollywood – there’s a new kid in town.

This story was originally published in Audrey Magazine‘s Summer 2013 issue. Get the issue here. 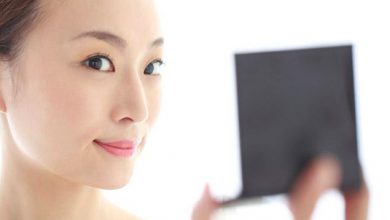 It’s no question that in today’s society there is a constant desire for women to look beautiful, and Asian countries are definitely not immune to these pressures for perpetual […]