SHE CAN SING, SHE CAN FIGHT, AND SHE’S REALLY SMART, TOO. THE HONG KONG-BASED TRIPLE THREAT MAY BE HOLLYWOODS’S NEXT ACTION STAR. By Ethel Navales, photo by Ken Yeung.

It only took a week for Celina Jade’s career to take an abrupt turn. A few days after sending in her audition tape for The CW’s Arrow, the action-adventure television series based on the DC comic book character Green Arrow, Jade was on a plane from Hong Kong to Vancouver. She had landed the role of Shado, a skilled martial artist and archer on a mission to rescue her father. “I had no idea how Shado’s character was going to develop. I had no idea she was going to be more than a one-episode gig,” says Jade of the iconic comic book character introduced midway through the first season of the show. “It was a total mystery, and I went into my first ever U.S. television series shooting in a tank top in freezing cold, rainy weather, lying in wet grass.”

Apparently, wet grass is the least of Jade’s worries. She de- scribes being punched in the face and dropped onto a concrete bridge, and then laughs, saying bruises are a part of the job. “I’ve been doing martial arts ever since I was a young kid,” says Jade, who was raised in Hong Kong by her Chinese mother and American kung fu star father, Roy Horan. “My father never had a son, so he taught my sister and me how to fight.”

But it wasn’t martial arts that first lured Jade into the entertainment industry. At the age of 14, she landed a record deal after winning an Asia-wide singing competition. She later moved on to songwriting, inspired to have more of a say in what she sang. But in the midst of her rising fame, she suddenly found herself at a crossroads.

At the peak of her singing career, Jade’s studio asked her to quit school in order to focus on singing. “I decided to terminate my contract to continue my education because I realized I was not really becoming somebody I admired,” she says. Staying true to her word, Jade got a degree in management at the London School of Economics before pursuing her dreams of performing.  “It’s really nice for me, in my opinion, to have an education because by having an education, I don’t have to do anything I don’t want to do,” she says. “I can maintain a sort of integrity within the entertainment industry and, worst case scenario, I can always get a normal job.”

But upon returning to the industry, Jade discovered that things didn’t always go as smoothly as one would like. Times had changed and all those offers of fame were nowhere to be found. “I was at the low of my career,” she says. “I remember my bank account was nearing nothing because I hadn’t had a job in a while. I hadn’t met the right person to sign up with. I didn’t know if I wanted to sing or act, and I was really losing confidence because there’s a lot of luck involved in what we do.” She prayed for a sign – something to tell her that she was doing the right thing. As it turned out, she didn’t get a sign – she got three.

In the span of one week, a number of little things added up: a successful performance at a wedding solved Jade’s financial crisis; she was recognized from one of her films by a very enthusiastic fan; and, after opening up to a friend about possibly leaving the industry, her friend told her, “No, Celina, you can’t. We really hope that you succeed because it’s the dream that we never had the chance to pursue.” Taking her cue from these signs, Jade decided to give acting another chance.

And it’s a good thing she did. Today, when Jade is not in Vancouver filming (Arrow was just renewed for a second season), she’s in Hong Kong rehearsing for an upcoming rock and roll musical, Good Morning Hong Kong. Although Jade’s schedule seems overwhelming at times, she emphasizes that the key is to not overthink it. “The happiest a person can be is just to live in the moment and live it fully,” she says. “I don’t think about it – whatever comes, I’ll tackle it and ride it.”

This story was originally published in the Summer 2013 issue of Audrey Magazine. Get it here. 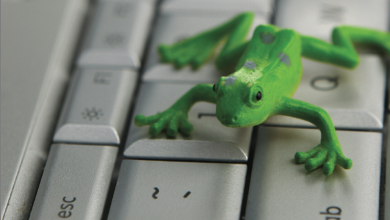 DEPT: The Market AUTHOR: O.D.D. Girl ISSUE: Summer 2013 “AFTER DEALING WITH THE BIGGEST ONLINE FROG TO DATE, O.D.D. GIRL DECIDES TO TAKE A BREAK FROM THE ONLINE DATING WORLD.”   In […]