Graffiti art has infiltrated your home … whether you’ve noticed or not. The illicit aesthetic consisting of stylized signatures, robust bubble letters and large-scale, candy-colored murals has been co-opted by the masses via corporate advertising and mainstream media. Paving the way for successful street artists such as Shepherd Fairey and Banksy, graffiti is the unsung hero of modern commercial design and contemporary art.

Victor Ving, 35, understands this very well. “Growing up in New York, everybody did graffiti. All my friends had ‘tags.’” He and business partner Val Mikalef run Klughaus, which serves as a liaison between artists and clients such as Netflix, Nike, Vogue, Ralph Lauren, Adidas and New Balance. What began in 2011 as a tiny 700-square foot gallery space in Chinatown, under the Manhattan Bridge, has now turned into the main source for big-name companies that want to uplift their branding with the dopest designs from the freshest artists in the graffiti world.

Originally from Bayside in Queens, Ving is a self-proclaimed ABC (American Born Chinese). His father is from Guangzhou and his mother is from Hong Kong. He was enthralled with the mystery of following certain graffiti tags around New York.

“I’d see tags in Bayside from a crew called TMR, then I’d go to Chinatown [in Manhattan] shopping with my parents and I’d see the same names,” said Ving. “I was like, why are these people all the way over here? It was interesting to me.”

Eventually Ving picked up the cans himself and began his own mission.

“In high school I started seriously going out, and got arrested for tagging when I was 16,” Ving said. “Most of my friends grew out of it by the time college came around, a lot of them went away to school.”

He went to school, too, and got his bachelor’s degree in business management from Baruch College. But the graffiti landscape of Manhattan pulled Ving back in for another round of “getting up” in the streets.

“After college, I ended up in the corporate world for eight years doing email marketing and account management,” Ving said. “The whole time I’m living the ‘Clark Kent’ lifestyle, doing graffiti on the weekends. No one at my job knew I was into that stuff. I was like two different people.”

On top of juggling different identities, Klughaus Gallery was requiring more of his time. Ving’s desire to showcase art beyond traditional graffiti was strong.

“We never wanted to show graffiti; it was people who did graffiti, but their art was, like, post-graffiti or inspired by it,” he said. To keep up with both jobs, Ving ran around like a headless chicken. “I was still working full-time while the gallery was open. I worked in the Financial District, which wasn’t that far. I’d have to run and put out fires at the gallery, then run back to work. It was very stressful,” recounted Ving.

“Our gallery shows got a lot of attention, and it was always packed. But in terms of people buying the art—we were paying the bills and breaking even.” Ving realized parties and cool kids were great, but not profitable. “It’s a tough business. It’s really a business of knowing a lot of wealthy people who are collectors, and it’s not something I wanted to do.”

“People kept coming in and saying, ‘We wanna commision you guys to find this artist to do a graffiti piece.’ We were like, ‘Oh, we don’t really do that kind of thing’; but then were like, ‘You know what? Why not.’” Ving said, “There’s no business like that out there. More and more, we started getting these jobs.”

It started with local businesses, doing walls with logos, and then bigger clients emerged. “Google reached out early on to do an event,” Ving said. “One of the first big ones was for LinkedIn. We painted their new offices.”

In 2013, Victor took the leap and gave his two-weeks notice at his 9-to-5 and never looked back. That same year, Klughaus Gallery closed its brick-and-mortar location, continuing online as a full-service mural and design company.

Invigorated by this new frontier of commercial art, Ving eyed a large wall in Chinatown next to his apartment building. He envisioned a postcard-type mural named after the neighborhood. After much resistance from the business, Ving finally got the greenlight to proceed in 2014.

“The reaction from that mural was totally different from anything I’d experienced before,” Ving said. “It was a very positive feeling. The act of graffiti is very selfish, it doesn’t contribute to anything—it’s just ego.”

In 2015, Ving and photographer Lisa Beggs hopped in an RV to leave the hustle and bustle of the Big Apple to embark on a year-long nationwide project dubbed the Greetings Tour. Their first stop was a smashing success.

“Our first big mural on the road was in Chicago.” Ving said, “It’s now become one of the most photographed murals in the state, which is crazy to me.”

Over four years and 30 murals later, they have been on the road ever since, garnering press and praise from communities across America. They just completed a mural in Santa Monica, Calif., commissioned by Bloomingdale’s.

Multitasking is nothing new to Ving. He and (his now fiancee) Beggs plan on riding their RV into new horizons, all the while handling Klughaus business, which means corporate clients recognize their wildest branding visions. But their next Greetings Tour destination is Bermuda, so they will probably be taking a plane instead. 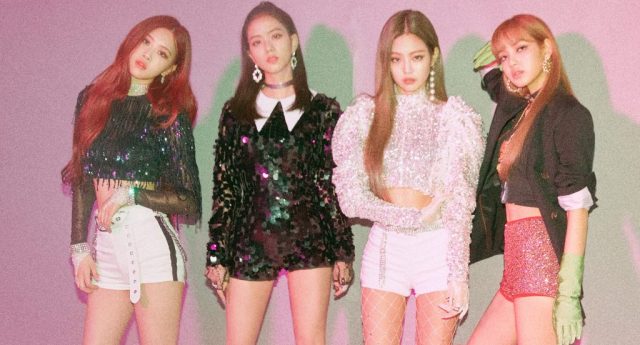 The highest-charting female K-pop group on the Billboard Hot 100 might just be coming to a venue near you! On Jan. 11, the wildly popular K-pop group, BLACKPINK, announced […]