The highest-charting female K-pop group on the Billboard Hot 100 might just be coming to a venue near you!

On Jan. 11, the wildly popular K-pop group, BLACKPINK, announced they would be going on their first North American tour this spring. The girls made their U.S. television debut last night (Feb. 12) on the “The Late Show with Stephen Colbert” and went on to perform on “Good Morning America” the next day. In addition to their tour dates, the girls will also be at this year’s Coachella Valley Music and Arts Festival. They will be the first K-pop girl group to go on a world tour with a live band.

Since their founding in 2016 by members Jisoo, Jennie, Lisa and Rosé, BLACKPINK has shot to worldwide fame. When the music video of their single “Ddu-Du Ddu-Du” was released in Jan. 2019, it became the most watched video on YouTube for 24 hours. The single broke 600 million views and became the most viewed K-pop music video on the platform.

Catch BLACKPINK at one of their upcoming shows. Tickets will go on sale at 4pm locally on Wednesday, Feb. 20. 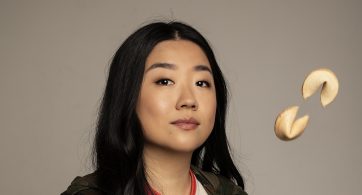 Stand-up comic Sherry Cola enjoys exploring just how much she can stretch her acting limits in her emotionally charged role as Alice Kwan on Freeform’s new “Good Trouble.” She […]