As days get hotter and the sun stays up longer, the urge to jump into a wood-paneled car and take a roadtrip across the country is almost too much to resist. But why leave the couch when Prime Video’s “Don’t Make Me Go,” starring John Cho and Mia Isaac, streams this summer?

Directed by newcomer Hannah Marks, “Don’t Make Me Go” is a dramedy that will make way for waterworks in the middle of a laugh. In the trailer, Max (Cho), single dad of Wally (Isaac), contends with a brain tumor diagnosis (does he tell his beloved daughter?). Meanwhile, Wally, uninformed about her father’s cancer, keeps busy with all the little things that make being a teenager so difficult during the summer (boys, friends and more boys). In an effort to spend his limited time meaningfully, as well as find Wally’s absent mother, Max entices his daughter to join him on a road trip from California to New Orleans under the guise of driving lessons.

“Don’t Make Me Go” premieres at the Tribeca Film Festival this month, but will stream July 15 on Prime Video. Until then, check out the trailer below. 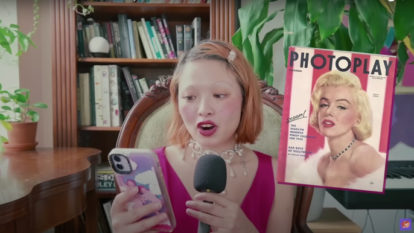 Learn about some of the rising API creatives who deserve recognition this month.