ASPEN, Colo. (AP) — One of the best snowboarders in the world was too young to go to the Sochi Olympics a year ago. So teenager Chloe Kim watched the halfpipe competition in the comfort of her living room while eating popcorn with her family.

She wouldn’t have had it any other way.

At 14 now, a year older and a year wiser, she realizes that kind of pressure and exposure may have been way too much for her to handle.

“I’m glad I wasn’t able to go, to be honest,” said Kim, who’s one of the favorites Saturday in the halfpipe final at the Winter X Games. “I just don’t think I was ready.”

But she will be by the 2018 Pyeongchang Olympics in South Korea, the country where her parents are from. She’s actually ready to start dominating the scene now.

In between geometry homework, of course, and teaching her 2-year-old parrot, Kiwi, how to talk (she proudly proclaims the bird can say, “Whatcha doing,” ”Step up” and “Tickle, tickle, tickle.”).

Kim in many ways is just your ordinary teenager. She receives a $100 allowance a month from her parents, which she blows on clothes, and gushes about her recent trip to a local chocolate factory and making homemade fudge. She also doesn’t particularly care for writing essays for her ninth-grade English class at her school in Mammoth Lakes, California.

Watch her drop into the halfpipe, though, and she’s far from typical. She’s the snowboarder with the difficult tricks, huge air and a smoothness that reminds many of Kelly Clark, the most decorated female in X Games history.

Kim grew up idolizing Clark, even standing in long lines just to get her autograph. Kim once rode up a chairlift with Clark and was so mesmerized, she didn’t know what to say.

“All I could think was, ‘I’m going to get Kelly Clark powers now,'” Kim said, laughing.

Clark, a three-time Olympic medalist, is set to hand the torch off to Kim. Not this year — she wants to defend her crown yet again — but down the road.

“She’s one of most talented athletes I’ve seen in a long time,” Clark said. “She’s amazing now and she has tons of potential.

“In years to come, I’ll be able to look at women’s snowboarding and know that not only is it in good hands, but it’s in the hands of someone I’m proud of.”

That’s a lot of pressure to live up to. Although, Kim insisted she’s ready to take it on. She’s older now — she will turn 15 in April — and not that awe-struck 13-year-old of last year, the one who finished second in the halfpipe to become the youngest athlete to earn a medal at Winter X.

Sure, there was a part of her that wanted to go to Russia had age limits not been in place. Not so much to compete, but to try out that mushy halfpipe that led to a less-than-stellar show in the mountains above Sochi.

“Just to kind of explore how bad a halfpipe could actually get, because I guess that’s how bad it was,” said Kim. “But again, I was really glad I wasn’t able to go.”

Her competitors felt the same way. Kaitlyn Farrington, who won Olympic gold in Russia, jokes with Kim that it was a “good thing you’re not old enough to go to the Olympics, because it gives some of us older ladies a chance.

“She’s just amazing,” added the 25-year-old Farrington, who recently retired from snowboard competitions due to a degenerative spine condition. “Kelly is still pushing the sport so much. But Chloe is going to continue to fight after Kelly. It’s great to watch Chloe. She’s progressing so much.”

Kim even has some new tricks she’s planning to unveil at Winter X. Any hints?

“Top secret,” she said. “You have to tune in to find out. But they’re pretty cool.”

As for Pyeongchang, she’s already looking forward to it.

“The timing is perfect, since my parents are from Korea and I’ll be 17,” Kim said. “That’s (an age) when you’re full of energy.” 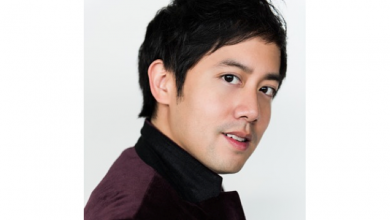 Imagine discovering blueprints to build a time machine. What would you do? Gather your friends and attempt to build it? Use it to alter your past or future? In the […]