When Maria Thelma Smáradóttir’s (pronounced sma-ra-daughter) helicopter first appears in the upcoming survival film “Arctic,” Mads Mikkelsen thinks he will be rescued. But when her helicopter crashes, the tables turn and the stakes get higher for them both. As the mostly wordless movie unfolds under frighteningly difficult conditions, Mikkelsen’s character realizes that, not only does he have to save himself, he must now also save the helicopter pilot as well. With her enormous brown eyes and cracked lips, she shivers in the wreckage, desperate for salvation.

Although she had completed a few projects before this—like “Prisoners,” a TV series for Netflix Iceland—”Arctic” was Smáradóttir’s first feature film, and she couldn’t believe how difficult it was.

“The hardest part was probably just to stay calm and not let the cold get to you,” she said over the phone from Reykjavik, Iceland. “It could have been really easy to just break down. Because you can’t hide any feelings. We were in the middle of nowhere. We were always wet and cold. Just to stay calm and focused and not let the cold get the worst of you.”

After a particularly rough day on set, Mikkelsen confided to her that “Arctic” was one of the most challenging films he had ever done. And when she told him it was her first, “He just looked at me with a smirk and said, ‘That’s great. You will grow a thick skin after this.’ Which is totally true because everything since that shooting has been just child’s play,” she said in her lilting Nordic accent.

Born and raised in Reykjavik to an Icelandic father and a Thai mother, Smáradóttir had the unique experience of being the first person of Asian descent and the first mixed person to graduate from the Icelandic Academy of the Arts in drama. As she waits for the March release of “Arctic,” she’s performing her own project called “Welcome Home” at the National Theater of Iceland, in which she explores her mixed-race identity onstage in front of a mostly homogenous audience.

“It’s a really fine line to talk about, because you really don’t want to shut people off,” she said. “Sometimes you’re scared of saying the wrong things or afraid that people won’t understand you. It’s really important to approach it with humor. It’s so funny when Icelandic people say how I speak Icelandic so well. ‘You speak Icelandic so clearly! How long have you lived here?’ ‘I’m born and raised here.’ ‘Really? Good for you!’”

She’d also like to convince casting agents that she doesn’t always have to play Asian foreigners like the Thai pilot in “Arctic.”

“I want to play Icelandic roles and not always play a tourist, an outsider or an immigrant,” she said. “I talk about how I can also play historical roles. Because who has the authority to tell me that I’m not Icelandic, but Asian or Thai? I’m just as much Icelandic as I am Thai.”

Indeed, she would make an amazing Norse goddess, who does the saving instead of getting saved. 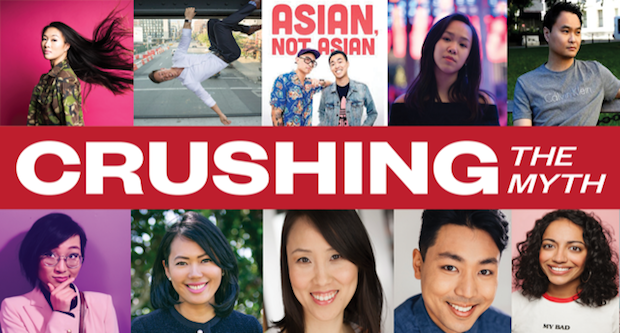 Ever wish that you could get together with a bunch of people and just let it all out knowing that you’ll be understood? At “Crushing the Myth,” you can. […]

In The Wake Of A Virus, The Natural World Is Making A Comeback