BANGKOK — Thailand’s prime minister has accepted an invitation from President Donald Trump to visit the United States, his office said Monday, as the U.S. leader made an unexpected diplomatic initiative toward several Southeast Asian counterparts.

Washington’s diplomacy in Asia has focused recently on China and tensions with North Korea, although Vice President Mike Pence included Indonesia on a recent Asia tour.

Prayuth’s office said he had accepted Trump’s invitation, while a Singapore Foreign Ministry statement said the two leaders “looked forward to meeting each other soon.” No dates were mentioned for the visits.

Human rights groups have criticized Prayuth for seizing power in a coup and curbing democratic rights, while Duterte is scorned for his deadly war on illegal drugs. Both bristle at the criticisms.

However, Washington has strategic concerns in countering Chinese influence in Southeast Asia. Thailand, Singapore and the Philippines are historically the most pro-Western nations in the region, but China’s influence has been increasing as it flexes its economic muscle and projects its military power into the South China Sea.

Prayuth’s government last week announced approval of a plan to purchase a submarine from China.

Prayuth’s office said he and Trump reaffirmed the importance of their countries’ long-standing alliance. It also said Prayuth invited Trump to visit Thailand at a convenient time.

The White House statement about the call to Lee mentioned that “robust security cooperation and close collaboration on regional and global challenges” mark the two countries’ partnership.

“With one brief phone call, he essentially gave the Thai junta a green light to continue on its abusive path: harassing and abusing activists into silence, cracking down on independent media, banning public protests and political meetings, and allowing increased use of torture,” said Brad Adams, head of the group’s Asia division.

“The only thing in the region that has fallen further and faster than Thailand’s respect for human rights is America’s previous practice of including human rights considerations in its foreign policy.” 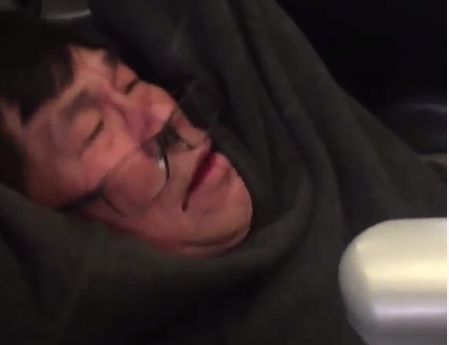 United Airlines announced Thursday that it will implement 10 changes “to how it flies, serves and respects its customers” in light of the airline’s April 9 incident, where Kentucky […]