On June 13, the streamer released the cast list for the upcoming eight-episode dark comedic drama. “Two Sides” actor Justin Chien is set to play Charles Li, a Taipei crime boss’ oldest son who must move to Los Angeles to protect his family after his father’s murder. Charles’ oblivious younger brother Bruce will be played by Sam Song Li (“Better Call Saul”), while Michelle Yeoh, fresh off her critically acclaimed turn in “Everything Everywhere All at Once,” will play Charles and Bruce’s astute mother. Highdee Kuan, Joon Lee and Jenny Yang will also have recurring roles.

Byron Wu and Brad Falchuk serve as co-creators on the series, and Kevin Tancharoen will direct and executive produce. A premiere date for “The Brothers Sun” has yet to be released. 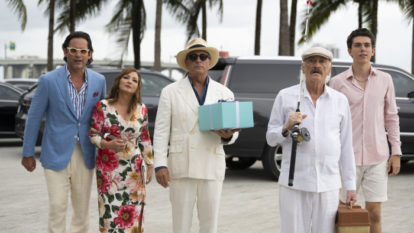 The producer shares how he and the rest of the film’s cast and crew updated a classic story for 2022, while staying true to the spirit of the originals.