Today’s SHAG (Smoking Hot Asian Guy) is none other than Indonesian actor, Nicholas Saputra. One of the most well-known names in Indonesian showbiz today, the Jakarta-born 29-year-old of German and Indonesian descent first garnered attention with his role in the 2002 film, Ada Apa Dengan Cinta? (What Happened with Love?), skyrocketing the then-teenage Saputra into stardom. While he could have gone down the glitzy road of many of his fellow teen idols, Saputra has remained low-key and in the process has become a highly respected actor, starring in internationally recognized films such as Postcard from the Zoo (shown at The Berlin International Film Festival), Janji Joni, (Joni’s Promise), shown at the Sydney Film Festival and Busan International Film Festival, and What They Don’t Talk About When They Talk About Love (nominated for the World Cinematic Drama award at the 2013 Sundance Film Festival).

Not only does Saputra have acting chops, but he’s also proven he’s got smarts in the classroom, graduating with a degree in architecture from the University of Indonesia. “Nico” (his nickname) is also an avid traveler (just take a look at his Instagram!); for him, traveling is a way to become more “open-minded,” while also offering him an opportunity for some much-needed and well-deserved privacy.

Handsome, smart and filled with wanderlust? It’s hard not to see why Saputra inspires the lust in us. 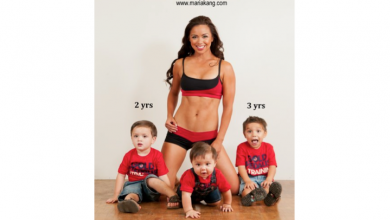 Mother of three and fitness enthusiast Maria Kang posted a picture of herself and her children on facebook last year. The 32-year-old, half Malaysian Chinese and Filipina mother brought attention […]