The teaser shows Tilda Swinton as the seeming creator of a massive animal named Okja, shown briefly. The story, according to the streaming giant that will release the film in June, follows a young Korean girl, Mija (played by Ahn Seo-hyun), who befriends Okja. She “risks everything to prevent a powerful, multi-national company from kidnapping her best friend.”

Also starring Jake Gyllenhaal, Lily Collins and Paul Dano, the pic is Bong’s first showing in the director’s chair following “Snowpiercer” in 2013, which also starred Swinton and other Hollywood faces alongside a Korean cast. Bong wrote the screenplay with Jon Ronson.

Bong has created some of South Korea’s most critically acclaimed titles since his directorial debut in 2000. Among his films are “Memories of Murder,” “The Host” and “Mother.”

“Okja” is produced by Plan B, Lewis Pictures and Kate Street Picture Company.

Watch the “Ojka” teaser below: 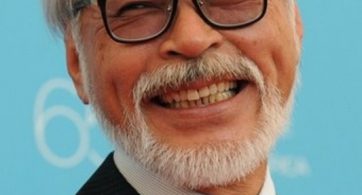 Rejoice, Studio Ghibli fans. Hayao Miyazaki has pulled himself out of retirement (again) for a new film about a tiny caterpillar named Boro. The legendary 76-year-old director is credited […]