Last year, Shin-Soo Choo was a member of one of baseball’s most exclusive clubs. The Cleveland Indians right fielder, a 28-year-old Busan native, was one of only three Major League Baseball players to swat 20 home runs and swipe 20 stolen bases while posting a .300 batting average.

What’s more is that Choo has now done it in consecutive seasons, having first achieved this exact combination in 2009. In fact, ever since he was called up from the minors in 2008, Choo has been on a tear, belting 56 home runs—already the most ever by a Korea-born MLB player—and hitting over .300 in that span.

Originally drafted by the Seattle Mariners and traded to the Indians in 2006, Choo has quickly developed into one of baseball’s most well-rounded athletes.

The versatile Choo is what folks in baseball refer to as a “five-tool” player. Meaning, he can hit for (1) average and (2) power; (3) steal bases; (4) play stout defense in the field; and (5) throw runners out with his arm. Between the lines on the baseball diamond, he does everything well, which is rare even at the Major League level. For instance, certain players, while a liability in the field, earn paychecks because of their bats. Others are fast around the bases, but can’t hit. Some have good range in the field, but have pea shooters for arms. And so on.

Rarely can you find seemingly orthogonal traits—such as speed and power—in one player. But Choo is the complete package.

As with everything in baseball, the numbers tell the story.

• Batting for average. Choo has batted over .300—the generally accepted benchmark for batting excellence—in each of the last three seasons.

• Batting for power. Choo’s 59 career home runs, 56 of which were struck in the last three seasons, are a record for Korea-born Major League players.

• Base running. Stealing a base requires exceptional base running instincts, impeccable timing and, of course, pure foot speed. After all, a base runner has to cover 90 feet in the same time it takes for a baseball, traveling by air, to reach the bag. Choo has stolen 43 bases in the last two seasons.

• Fielding. By any metric, and baseball statisticians have invented every conceivable one, Choo is one of the best fielders. For example, his fielding percentage—the proportion of balls hit his way that he cleanly handled—ranked fifth in the American League last year.

• Arm. Choo, who bats and throws lefty, has a strong arm—or in scouting parlance, a “hose”—meaning that once he gets to a ball, he can do something with it. Last year, he threw out more base runners from the outfield (14) than anyone in the Majors.

But Choo himself is not one to dwell on numbers. “I don’t like to think about my stats too much,” Choo told KoreAm last month, during a break in the Indians’ spring training schedule in Arizona, not far from where he and his wife keep an off-season home. “I take the same approach every time I go to bat. Quality at-bats will [lead to] good results.”

Indeed, Choo is one of baseball’s most valuable assets. There’s even a song about him: “All Aboard the Soo Choo Train!” by the Cleveland Sports Band. And his manager, Manny Acta, recently told ESPN that he is “one of the best players in the Majors right now.”

It didn’t happen by accident. Choo, who has been training for this season since early January, takes his preparation seriously.

“Preparation for an at-bat happens well before the game starts,” he said. “I am usually at the ballpark well in advance of other players, so that I can take a look at my swing on video with my hitting coach, and also to study the opposing pitcher. Just like when you are in school, you have to study. I study every day.”

Asked which of his myriad skills he is most proud of, Choo relayed that while he “enjoy[s] every facet of baseball,” he does “take special pride in [his] batting and hustling on every play.”

As the 2011 MLB season kicks off next month, one thing is almost certain: Choo could become the first Korea-born position player selected to play in the MLB All-Star Game. He narrowly missed the honor last season, when an untimely wrist injury shelved the Indians’ best player for the Midsummer Classic. This season, he’s fully healthy and, perhaps more importantly, fully focused now that he no longer has to worry about his military service obligation in Korea.

It has been well reported that Choo was in the precarious position of possibly having to sacrifice two years of his playing prime to complete his compulsory military service before he turned 30. In November, however, Choo led the South Korean national team to a gold medal victory at the 2010 Asian Games, earning Choo a military exemption from the Korean government. (Veteran pitcher Chan Ho Park also received a similar exemption.)

In the gold medal game against Taiwan, Choo went 2-4 at the plate with two RBIs and a stolen base, pacing Korea to a 9-3 win.

“It’s always an honor for me to wear the Korean flag on my chest and represent my country. Catching the last out against Taiwan was amazing,” Choo reflected. “That feeling of joy is still very memorable.”

Now that Choo’s focus is squarely on baseball, he can concentrate on doing what he does best. 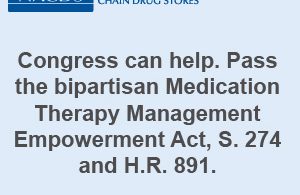 AFP/www.uriminzokkiri.com It’s no secret that North Korea holds a harsh stance on defectors and their families – rumors of hard labor and prison camps for families members of “traitors” […]