Editor’s note: Adapted from our monthly listicles, “The Lookout” is our new weekly series bringing you the latest scoop of what’s happening in AAPI entertainment. We’re doing the legwork, so you don’t have to.

This week, it was announced that in 2022, Ming-Na Wen will receive a star on the prestigious Hollywood Walk of Fame for her work in television, the Black Eyed Peas—which includes Filipino member apl.de.ap—for recording, and Jason Momoa and James Hong will each receive a star for their work in motion pictures. Earlier last year, fellow actor Daniel Dae Kim was inspired by a CNN article citing Hong’s “prolific” career and began the campaign for Hong’s nomination process raising over $55,000 for the necessary funds. While these actors and musicians are already beloved figures in the industry, they will now forever be a part of Hollywood’s history and legacy.

Megha Rajagopalan, a Buzzfeed News correspondent, is among the journalists to win the Pulitzer Prize for International Reporting, giving the news site their first Pulitzer. Rajagopalan and her team members wrote a number of investigative reports exposing an infrastructure of prisons and internment camps secretly built by the Chinese government to detain hundreds of thousands of Uyghur people and other mostly-Muslim ethnic groups in the Xinjiang region. The Chinese Communist Party has denied any claims of abuse, but regardless, is committing crimes against humanity, including cultural genocide. Rajagopalan and her co-reporters were praised for their courage and innovative use of satellite imagery and 3D architectural simulations when reporting on China’s actions.

Actor Mindy Kaling is set to produce and star in HBO Max’s highly-anticipated “Velma,” which will have a new take on the iconic character, as Velma will now be of Asian descent like Kaling. Also, this week, the streaming platform released more details about the upcoming show, stating that their version will not feature Scooby-Doo or the Mystery Machine, both of which are staples to the “Scooby-Doo” franchise. Many made racist arguments against the show’s decision to reimagine Velma as an Asian woman, and also had an issue with reimagining the show without the dog or the van. Nevertheless, the spin-off series is underway and going to bring more diversity to television.

Kenji Kamiyama, the director of “Blade Runner: Black Lotus” and the TV series “Ghost in the Shell: Stand Alone Complex,” and Joseph Chou, the co-producer of “Blade Runner Black Out 2022,” will respectively write and produce the new “Lord of the Rings” anime prequel film, “The Lord of the Rings: The War of the Rohirrim.” The upcoming film is meant to fill the gaps in the franchise based on author J.R.R. Tolkien’s writings of the early history of Rohan and is intended to have a wide theatrical release.

SNL star, Bowen Yang, will lead Audible’s latest comedy podcast, “Hot White Heist,” with stand-up legend Margaret Cho featured in the all-star cast. Streaming now, the six-episode action comedy follows a group of queer misfits working together to try and steal the U.S. government’s sperm supply collected from some of history’s most prominent figures, which the ragtag group plans to sell on the black market in order to buy an island they can transform into a queer paradise.

The Vietnam-produced film, “Dad, I’m Sorry,” surpassed the $1 million mark at the U.S. box office this week, making it the first Vietnamese-produced film to do so. Starring, written and co-directed by Trấn Thành, “Dad, I’m Sorry,” is a comedy-drama film centered on a man who makes sacrifices daily to keep his dysfunctional family intact.

Madame Gandhi released a documentary-style music video for “Freedom,” that shows the artist’s definition of the word, with emphasis on mental, physical and spiritual wellbeing. Inspired, Gandhi reworked the single with co-writer and producer Trakgirl, which was originally created for Spotify’s EQUAL campaign for women’s empowerment and equality in music that includes a more women-centered approach to creating playlists, podcasts and general content.

ok but this is actual Asian food & youre going on live tv telling people how gross it is. thats cringe

A petition is calling for changes to James Corden’s notorious “Spill Your Guts or Fill Your Guts” segment featured on “The Late Late Show,” citing that it encourages racism as it portrays common Asian foods such as balut, century old eggs and chicken feet as punishments for celebrities who otherwise have to answer personal questions. Activist and artist Kim Saira started the petition after posting videos to TikTok and Instagram criticizing the segment, getting millions of views and sparking conversations.

This week, the World Taekwondo Demonstration Team, who were originally invited to perform at the Tokyo Olympics, wowed the America’s Got Talent judges with their audition, complete with board-breaking, choreography, intense showmanship and strength. The team’s performance even impressed the show’s host, Terry Crews, so much so that he gave them the infamous Golden Buzzer, guaranteeing the taekwondo team a spot in the live shows.

South Korean soccer player, Son Heung-Min, became the first Asian player to be a part of the English Premier League’s “Team of the Year,” which is the annual award presented to 55 soccer players across the top four tiers of men’s English football. The history-making player also scored 17 goals, the most scored by any single member during the regular season, and provided 10 assists for the Tottenham Hotspur Football Club.

Tune in next week for another roundup of the latest news in AAPI entertainment! 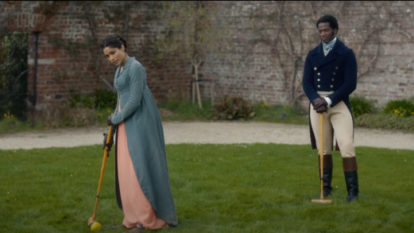