BTS was appointed South Korea’s special envoy, or “Special Presidential Envoy for Future Generations and Culture,” for public diplomacy this week, with the hopes of spreading more joy and positive energy to young people around the world. The pop sensations, who have spoken at both the 2018 and 2020 UN Assemblies, will attend international meetings, including the UN General Assembly in September, and be expected to raise awareness around global issues, such as sustainable growth and the expansion of South Korea’s diplomatic power, among the younger, future generations.

CollaborAzian, an assemblance of AAPI musical theatre artists with the mission to combat anti-Asian hate through the arts, raised over $30,000 for Stop AAPI Hate with their abridged online concert of the Tony Award-winning musical comedy, “A Gentleman’s Guide to Love and Murder,” which follows a distant heir to a family fortune who tries to speed up the line of succession through love, seduction and murder. The concert was hosted by Lea Salonga and starred Cindy Cheung, Karl Josef Co, Ali Ewoldt, Diane Phelan and Thom Sesma. It was directed by Alan Muraoka with music direction by Steven Cuevas.

Taylor Takahashi stars in the short film, “Unite the Bay,” directed by ​​Justin Joo & Jon Krippahne. The film captures the Asian American experience, shedding light on the weight upon the community amid the increase in hate crimes against Asians. Nevertheless, the film also shows the strength in the next generations’ collective voice and activism.

Edson Oda made his directorial debut with the supernatural drama, “Nine Days,” out now. The film follows a man who interviews unborn souls to make sure they’re worthy of occupying bodies in the living world. If deemed unworthy, they disappear. Benedict Wong stars as Kyo, a soul who doesn’t disappear and serves as the judge’s only company, assisting him in the interviews and helping him change his perspective on what a meaningful life is.

Wong Fu Productions released the trailer for “Strangers Never Again,” a three-part sequel to the beloved “Strangers, Again” short film, which first premiered a decade ago and remains as one of the pillars of Asian YouTube. The new mini series, which stars the original actors, Cathy Nguyen and Wong Fu co-founder Philip Wang, will explore how the characters’ love has evolved after 10 years and whether their breakup was the right decision after all. Each part of the series will premiere weekly on YouTube for free starting August 8, but is out now for paid viewing.

The trailer for the latest Bond film, “No Time to Die” debuted this week and included the highly-anticipated film’s release date: October 8. The spy thriller, directed by Emmy-award winning Cary Joji Fukunaga, had been postponed due to the pandemic and will be Daniel Craig‘s last appearance as James Bond. Fukunaga also co-wrote the script, centering it around the world of espionage, and helped base some of the costuming and armour off of Noh, a Japanese style of theater. Additionally, “No Time to Die” is the first Bond film to be directed by a person of Asian descent and Fukunaga is the first director to receive a writing credit for any Bond film.

Jessica Henwick and Will Yun Lee are lending their voices to “Blade Runner: The Black Lotus,” the new anime spinoff of the legendary film. The thirteen episode series will be set in 2032 and follows Elle, a female replicant voiced by Henwick, as she embarks on a journey of self-discovery and unlocks the secrets and conspiracy theories surrounding her past. Lee, on the other hand, voices Joseph, a mysteriously intriguing man who owns a spare parts junkyard in Los Angeles. The series is directed by Shinji Aramaki and Kenji Kamiyama, the same directors behind “Ghost in the Shell: SAC_2045,” and is set to premiere this fall on Adult Swim’s iconic Toonami block.

Audrey Nuna made her directorial debut with her “Get Luv” music video, in collaboration with Acne Studios. Nuna released a three-part video set to a remixed version of her song to celebrate the launch of the brand’s limited edition high-top 08STHLM sneakers, as she sports them in the glittery, dream-like videos. In the first, “The Fall,” Nuna is suspended mid-air on a theater stage to show how “surreal moments can be woven into mundane, relatable events,” according to the singer. In the second part, “The Downpour,” there’s a montage of black-and-white nightmares, showing the artist peeling bandaid-like plasters off her face, revealing patches of sparkly “wounds,” and in the third part, “The Last Supper,” Nuna sits at a Chinese restaurant eating chrome-coated noodles and wearing the sparkly sneakers. The video series was not only directed by the musician, but entirely conceptualized by her as well.

There are history-makers among the many AAPI athletes competing at the Olympics this year, such as fencer Lee Kiefer, gymnast Sunisa Lee, swimmer Jay Litherland, surfers Carissa Moore and Kanoa Igarashi and tennis star Naomi Osaka. Kiefer became the first American to take an Olympic gold medal in individual foil fencing; Lee, who won gold in the individual all-around and helped the USA gymnastics team get a silver medal, is the first Hmong American Olympian; Literland took home the silver medal for the men’s 400-meter individual medley, making him the first official Asian American winner of this year’s Olympics; Moore is the first person to receive a women’s Olympic surfing title and the first ethnically Hawaiian Olympic surfer; Igarashi won silver at the Olympics’ first ever surfing event; and Osaka became the first Asian American to light the Olympic Cauldron.

This is the last episode of “The Lookout” for the foreseeable future, but keep an eye out in the future for the latest scoop of what’s happening in AAPI entertainment.

Editor’s note: In the video, it was referenced that Nuna directed a music video for the song “That XX” when the song was actually “Get Luv.” This article has the correct song named. 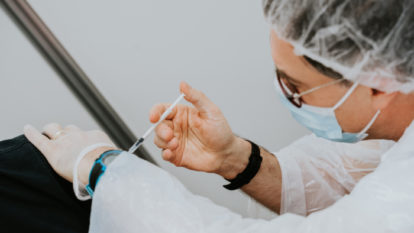