Nagasu decision not in line with those made for mens, pairs teams

You have probably heard by now that Mirai Nagasu, the bronze medalist at the Prudential U.S. Figure Skating Championships this past weekend, was left off of the 2014 U.S. Olympic and World figure skating teams. After all, the monumental decision has been all over the news and radio, covered by media outlets such as the Wall Street Journal and CNN. While strangers to the sport might sympathize with Nagasu, they might wonder why the decision is receiving so much press coverage. After all, it’s in the “rulebook.” However, to an insider of figure skating, the decision to leave Nagasu off of the Olympic and World teams sets a dangerous precedent. Through their actions, the USFS committee has made it clear that they can and will operate in a subjective rather than objective manner that jeopardizes the precious virtue of fairness that is supposed to be inherent in athletic competition.

First off, let me explain the reasons why people are angry. Traditionally, the U.S. Figure Skating Championships has been the sole determinant of the Olympic and World teams. In the history of U.S. Figure Skating, the committee has only sent a skater who did not place at nationals to the Olympics and Worlds three times-Todd Eldredge in 1992, Nancy Kerrigan in 1994, and Michelle Kwan in 2006. Why did these three skaters not place at nationals? Because they were not there. All three were injured and missed nationals, filing appeals that were ultimately granted. This year is the first time that a skater has performed poorly at the U.S. Championships and still made it on to the team. Moreover, the generous scores from the judges did not really reflect how poorly Wagner skated. It was clear that the judges were hoping that Wagner, who skated before Nagasu, could still make it onto the podium.

Other fans feel that Polina Edmunds, the fifteen-year-old silver medalist, should have been bumped off the team rather than Nagasu. After all, Edmunds has never competed internationally at the senior level. Given Edmunds’ “body of work,” it is clear that Nagasu, who placed fourth at the previous Olympics, won the bronze medal at the 2013 Rostelecom Cup, and is a three-time national medalist, including a gold medal in 2008, has a much more impressive “body of work.”  Some have gone as far to say that the decision to leave Nagasu off the team was a racial one (she is Japanese, while Edmunds is Russian and Wagner is German). Personally, I think the racial allegations are unfounded.

However, what got me really mad and what no one else seems to be talking about, is the World and Olympic assignments for the men’s and pairs’ teams. In both situations, the silver medalists were surprises: Jason Brown in the men’s competition and Felicia Zhang and Nathan Bartholomay in the pairs’ competition. Despite the relative inexperience of these three skaters, the USFS committee decided to send them to the Olympics. However, these skaters were cut from the World team. Instead, Max Aaron, the 2013 national champion who finished with a bronze medal this year, will represent the U.S in the men’s competition. Likewise, Caydee Denney and John Coughlin, who won nationals last year but placed third this year, will go to Worlds instead of Zhang and Bartholomay. While I do not necessarily understand or agree with the logic of these decisions, I believe USFS should be consistent. Therefore, following this pattern, Nagasu should be allowed to compete at the Olympics and Wagner should compete at Worlds. The fact that USFS felt it acceptable to take Nagasu off of both the Olympic and World teams, dashing her hopes for a medal at either, is infuriating. Why is Nagasu not being treated with the same respect as Brown or Zhang and Bartholomay? That is a question I cannot answer. While there is a chance that Nagasu may still be able to compete at Worlds (oftentimes, if a skater medals at the Olympics, he/she will withdraw from Worlds), the fact remains that Nagasu received unfair treatment when compared to the decisions made regarding the men’s and pairs’ teams.

I want to make clear that this is not an attack on Ashley Wagner. Wagner is without a doubt one of the best current American figure skaters and, until nationals, she had a remarkable season. She garnered a silver and gold medal at Skate America and Trophee Eric Bompard respectively. She entered the competition this weekend as the reigning national champion and the recently crowned bronze medalist of the Grand Prix Final. I empathize with Wagner, who has been forced to sign off of social media due to the influx of hateful posts from supporters of Nagasu. Wagner is, after all, part of the reason why the U.S. can even send three skaters to Sochi (her fifth place finish at Worlds last year helped secure three spots for Team USA).

However, the fact remains that U.S. Figure Skating essentially slapped Nagasu in the face. Whether this is because she showed up without a coach or for other reasons, we will probably never know. It was clear to everyone who watched Nagasu’s free skate on Saturday that she had risen to the occasion. The dedicated athlete who had worked so hard to regain ground after two disappointing seasons, the young lady who gasped with joy when she found at she was back on the national podium, the beautiful skater who should be at least going to either Worlds or the Olympics, was reduced to tears on Sunday night during her exhibition program after U.S. Figure Skating, an organization to which she had dedicated her life, stole away her dreams. 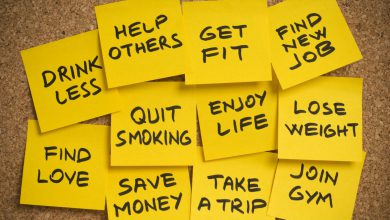 It’s hard to believe that its been two weeks since the Times Square Ball dropped and welcomed 2014. And what comes along with every New Year? You guessed it- […]