It’s the beginning of September, which marks the official end of summer. School is back in session, and the sun is starting to set earlier every day. But September also means the beginning of autumn—aka the best season of the year. Who doesn’t love beautiful fall foliage, or an excuse to break out cute sweaters?

For this month’s theme, we’re going to wind down from our crazy summer adventures with our study playlist. Whether it’s to relax after a long day, chill out in the car on the way to class or to prep for an upcoming exam, tune into these chill beats to bring out those autumn vibes.

Aiko has already made quite a name for herself in the rhythm and blues world with her atmospheric music and silky voice. Her most popular song, “Sativa,” has an addictive, calming chorus that’ll have you playing this song on repeat for weeks.

This Tongan queen is best known as a member of the mega-popular group, Fifth Harmony. But she’s carving a path for herself with a promising solo career—just listen to her Mariah Carey-esque bop, “Heard It All Before.” This song will get you feeling all sorts of 90s nostalgia.

From her quirky music videos to even quirkier name, Beabadoobee is the alt-indie rocker you need for those long, caffeine-fueled study nights and moody midnight drives.

We’re setting the mood with Bernat’s “Changes.” The Filipino American singer-songwriter will soothe your soul with his gentle, velvety voice and calming R&B vibes. Break-up songs never sounded so chill.

Some of you may already know and love the 88rising queen and her melodic, breathy vocals. But if you’re new to NIKI, you’re in for a ride.

Repped by Jay-Z’s label Roc Nation, Jay Park is a well-known name in the Asian American hip-hop sphere. Not only can he rap and sing in both Korean and English, he also produces his own music. He doesn’t disappoint with “Dank,” a jam of acoustic and trap-infused beats.

This R&B artist is repping Indian culture and identity with her culture-bending music and videos. Just as her song implies, her voice is sweet like honey, while her music feels like a luscious, hazy dream.

Ever in the mood for a song that perfectly captures a lonely night, but is still a bop? Deb Never’s “Ugly” is a successful mix of grunge-y alternative and lo-fi music that will help ease the pain during nights of endless assignments.

The talented Thai singer-songwriter is bringing feel-good vibes to everyone with his soulful voice and laid-back tunes. “Long Gone” is the perfect tune to help you close your eyes and fantasize about your next vacation getaway.

Make room for another 88rising queen, because Lexie Liu is bringing her talents and cyberpunk vision to the scene. This Chinese rapper and singer seamlessly switches from Mandarin to English in her songs, and invokes an array of genres, from trap to lo-fi to Mandopop. 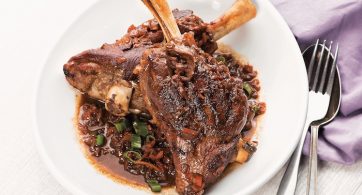 There are few food terms that have turned more rancid than “fusion.” When fusion cuisine first gained currency in the 1980s, it was supposed to communicate a kind of […]