Jong Tae-se
Democratic People’s Republic of Korea/North Korea
He is notorious for weeping emotionally before matches while the North Korean national anthem plays, presumably a display of his deep-rooted patriotism. Yet, North Korea’s best player has never lived in the country for which he so proudly plays. Jong, 26, was born and raised in Japan to South Korean parents. His mother, who was a second-generation South Korean in Japan, identified herself as North Korean and sent Jong to a North Korean-funded Japanese private school. Later, Jong was issued a North Korean passport by the General Association of Korean Residents in Japan, making him eligible to play for the North Korean national team. Jong came into the 2010 World Cup with a stated goal of scoring once in each of North Korea’s matches. Although he fell short of his objective, he did show the world his considerable skills during North Korea’s respectable 2-1 loss to world power Brazil. The “People’s Rooney” set up his countryman Ji Yun-nam in the 89th minute for North Korea’s lone goal.

Lee Chung-yong
Republic of Korea/South Korea
The “Blue Dragon” is one of just two Korean players, along with Park Ji-sung, currently playing in the English Premiere League (EPL), the world’s preeminent soccer league. The lithe 21-year old Bolton Wanderers striker, who made his national debut in 2008, is one of the top football prospects in Korea, as well as Asia. In fact, in early 2009, The Times, the reputable British newspaper, named Lee one of the Top 50 rising stars in his sport. Lee was crucial in his country’s success during the World Cup, scoring two out of Korea’s six goals. Against Argentina, Lee made a smart and aggressive play just before the half to score the only goal conceded by Argentina during group play. Against Uruguay in the knockout stage on June 26, Lee scored again on a header to level the match at 1-1 late in the game. That goal was the first allowed by Uruguay in the tournament.
Park Chu-young
Republic of Korea/South Korea

The 24-year-old AS Monaco forward is arguably the most naturally gifted offensive player in Korean soccer history. He first burst onto the international scene in 2005, when, as a willowy teen, he scored nine goals in four games during the Qatar eight-team invitational to lead Korea’s U-20 squad to the tournament title. Dubbed the “Asian Baggio,” after the former Italian soccer great, Park was named the 2005 Asian Young Footballer of the Year.

He memorably failed to live up to the hype in 2006, playing limited minutes and receiving a quick yellow card against Switzerland that led to a decisive Swiss goal in a 2-0 loss. A more mature Park rebounded nicely in 2010, however, as he proved to be the most important cog in the Korean offensive attack. He shrugged off an unfortunate own-goal in the Argentina match and scored on a spectacular free kick against Nigeria—the first goal directly off of a free kick in the entire tournament.

Park Ji-sung
Republic of Korea/South Korea
Korea’s captain and perhaps its most recognizable international player, Park is a midfielder for the EPL’s Manchester United, the world’s most popular soccer team. He is the only Korean player to have won the UEFA Champions League, the annual tournament for Europe’s top football clubs, and the only Asian player to have ever played in the tournament’s final. His red Number 7 jersey is a ubiquitous fixture among Korean supporters during World Cup games. The key to Korea’s midfield ball movement, Park, 29, has now scored in three successive World Cup finals—the first Asian player ever to do so. He put the Taeguk Warriors ahead 2-0 in Korea’s opening match against Greece when he pounced on an errant pass, split two Greek defenders, and finished with an elegant left-footed cross over a sprawled-out goalkeeper. It was Park’s 13th international goal for Korea, and his third World Cup goal—tying the all-time record for World Cup goals by an Asian player. 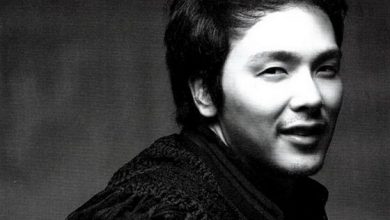 Another South Korean star has committed suicide. On Wednesday, actor and singer Park Yong-ha, 33, hanged himself with an electric cord hours after coming home intoxicated, police believe. No […]