​Editor’s note: For each issue, we choose an unproduced screenplay and present it to you as a one-page description of the proposed movie. A talented illustrator then reimagines the story as a picture (left). If you have a submission, please email editorial@charactermedia.com with your feature film treatment or screenplay.

This month’s submission comes from Managing Editor Cu Fleshman. Born and raised in the Carolinas, she moved to California to study English and creative writing at the University of California, Irvine. She also studied at University College Dublin in Ireland.

At the height of the Civil War, a Confederate Chinese soldier who happens to be named Robert Eng Lee accidentally sets off a chain of events that culminates in the fatal Pickett’s Charge at the Battle of Gettysburg. He flees the war, but soon finds that the Wild West is far from the peace that he seeks. To take down the outlaw Pagosa Boys, he has to unite fighting forces from all of the Four Corners, and finds that Robert E. Lee might be just the right name to bring them together.

Robert Eng Lee, 36. A Chinese American man born and raised in rural Virginia, Eng Lee’s loyalties lie with his country—even as the very definition of that word is called into question. He’s got a sharp mind for military tactics, but his quick thinking can sometimes cause more trouble than it’s worth. Cynicism tends to get the better of him, but deep down, he just wants to see an end to the carnage.

Joseph Yang, 48. A former Texas railroad worker, Yang has run a saloon in Abiquiu, New Mexico since the early days of the War, when a lack of materials shut down the lines. Blinded in one eye by a construction accident, Yang has been disqualified from sharpshooting, but he’s still got plenty of fight left in him.

Hazel Lin, 28. Yang’s cousin, a weathered gunslinger and rough-rider who grew up on the frontier. She joins Eng Lee’s ragtag gang not for love of country or kin, but for the sake of having something to do (and to stay on the law’s good side for a while). Brash and outgoing, Lin can smooth-talk her way out of almost any tight spot.

William T. Jessup, 40. The ruthless leader of the Pagosa Boys, although far from a boy himself. He’s a former Union colonel who’s been cut loose by the Feds for his ruthless ways. Cold and calculating, Jessup holds an iron grip on his little portion of the West, but takes special interest when he hears that a certain Robert E. Lee is in the area.

This dramedy opens in July 1863, and there are two Robert E. Lees on the battlefields of Gettysburg: One the general we all remember, and one a Chinese Confederate soldier who disagrees with the top brass’ strategies. When the latter, Robert Eng Lee, starts claiming that the Confederacy could defeat the Union forces with a frontal assault, word gets passed around and his grand plans unexpectedly become reality. Unfortunately, the charge ends in a stinging defeat and the deaths of several thousand Johnny Rebs, and General Robert E. Lee wants to know just who commanded that fatal move.

Eng Lee heads westward, searching for a peaceful corner of the world to live out the rest of his days, and in Abiquiu, he becomes fast friends with Joseph Yang. But northern New Mexico is far from peaceful, and Lee learns that William T. Jessup and a rogue gang called the Pagosa Boys run roughshod over the area, conscripting everything from food and horses to gold nuggets and land in the name of the U.S. government.

When the Pagosa Boys enter Abiquiu and force out the locals, Lee decides to take matters into his own hands. With Yang at his side, he sets out to find fighting men (and one woman) from across the Southwest, to help him end Jessup and the Pagosa Boys’ reign of terror once and for all.

I first had the idea for this project last winter, when I was talking to my partner about a recent visit to the battlefields of Gettysburg National Military Park. He brought up that his parents, Cambodian immigrants with staunch Asian and Khmer pride, had long believed that General Robert E. Lee was Chinese despite all evidence to the contrary. That led me down a rabbit hole of researching Chinese American (though they weren’t acknowledged as such until 1943) soldiers during the Civil War, and what little research that exists proved there was a wealth of undiscovered history about Chinese participation on both sides of the War.

With “The True, Tall Tales of Robert E(ng) Lee,” I wanted to shine light on some of these long-forgotten individuals. Many served with the promise or hopes of gaining citizenship, but few received any recognition at all after the war thanks to the Chinese Exclusion Act. The illustration, done by the talented Van Nguyen, visually represents the legal and historical invisibility that these individuals experienced. Although most of these characters are fictional, their real-life counterparts helped affect the changes that we still see today. 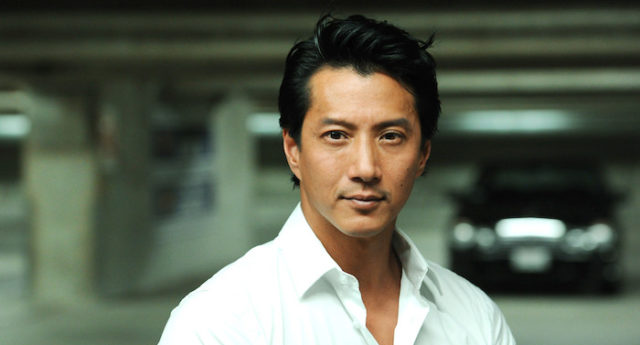 If you’re part of an Asian American or Pacific Islander family, or maybe have watched a few episodes of “Fresh Off the Boat,” you know how important caregiving is to […]