We’ve often heard that music can be made with anything, but usually we don’t take that literally. My guess is that you’ve never imagined using sushi, cactuses, cats and chicken nuggets to create music. Well, Mark Redito, better known as Spazzkid, proved that it can be done in an experimental video he posted on YouTube a few days ago.

The music in the video is produced by a machine called The Makey Makey, which allows any object to become a keyboard to make a melody. Watch Spazzkid’s track, “Lovers,” played in the video through some of his favorite food, pets and objects:

Spazzkid is an LA-based chillwave artist in the genre of electronic pop (a.k.a. electropop) music. His debut album “Desire” was released in 2013 and includes a mixture of contemporary Japanese music throughout some tracks. Up until summer, he was busy spending his time releasing several extended plays (EP). The recording contains more than just a single song, but not quite as much to create a full-length album. 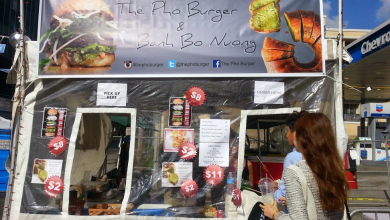