For one star-studded night every year, dozens of Los Angeles chefs contribute meals and bring their talents together for the March of Dimes Signature Chefs Dinner & Auction. Tinseltown may be notoriously competitive, but for experienced and novice restaurateurs alike, this event is more than just an opportunity to rub elbows with some of the city’s top chefs.

“I’m really passionate about family, and if I can contribute my time and culinary insight to an event surrounded by some of L.A.’s best chefs, I’m very happy and honored to do that,” says Nyesha Arrington, a former “Top Chef” contestant who’s providing a mushroom dish for the event. “It’s just a natural extension of wanting to always give back, especially for the mothers and the children who need help.”

Founded in 1938 by former President Franklin D. Roosevelt, The March of Dimes was initially created to fund polio research. Today, the organization has expanded its mission to encompass all at-risk mothers and infants, and has also expanded its fundraising outreach with donation jars present in every place from fast food chains to local grocery stores. The Signature Chefs Dinners honor well-established chefs for their work in the industry, and give up-and-coming culinarians a spotlight to showcase their dishes.

It’s no secret that L.A. is host to a wide variety of global fare—sometimes, to the peril of entrepreneurial chefs. The glowing lights and neon signs of a new culinary hotspot blink on one day, only to be flicked off the next by rising rent prices. Then the next big thing takes its place, and those lights turn on again. So, in a city of dreamers and schemers, what inspires Angeleno cooks to keep trying new recipes and coming back for more?

“It was not easy for me to start, for me to keep up the good fight in the kitchen,” says Kuniko Yagi, owner and chef behind the fried chicken joint, Pikunico. Before moving to America from her native Japan, Yagi gave up a lucrative banking job. “But I needed something that I can create by my hand. It could have been painting, or sewing, but I always liked to cook. So, I ended up in a restaurant.”

For Asian American chefs in particular, cooking can provide a chance to get in touch with one’s cultural heritage. Arrington, who’s a quarter Korean, grew up learning how to cook bulgogi and octopus with her grandmother. Aarti Sequeira, a winner of the reality TV show “Food Network Star” and a celebrity contributor to this year’s Signature Chefs Dinner, works with cuisines from across the world, but specializes in the Indian cooking of her homeland. She started her culinary career as an at-home chef with a modest internet following.

“I was previously a journalist, but with food, I had my own YouTube show, I did some online work, but I wasn’t used to cooking at that level with other chefs,” Sequeira says. “And now [after “Food Network Star”] … I wouldn’t even say that it’s a dream come true, because I didn’t even dream of it before.”

Asian food in particular often centers around a communal dining experience—think family-style meals, where you and five of your closest friends gather around a table and share dishes. Although Yagi was initially trained at an upscale French restaurant, she has since focused on a down-to-earth Japanese-style fried chicken because of its power to bring together diners of all backgrounds. “It was about me cooking for a crowd,” Yagi says. “My friends weren’t usually able to come dine in the restaurant I used to work at, but everyday I wanted to cook for the different people that I’m close to. And I thought, ‘Someday, I just want to cook for my friends. What if that was my concept?’”

The growing popularity of food as a subject in all forms of media has also helped to forge those relationships and connections. With the rise of at-home cooking shows like Sequeira’s, digital platforms enable viewers from all over the world to try their hand at a new cuisine or food. Even reality TV shows on Bravo and The Food Network have stepped up their game since the early days of food entertainment. “Food media’s really come a long way, and I want to be a part of the dialogue it creates,” Arrington says. “Connecting and documenting is definitely the ethos of my cooking base, whether that’s through social media or different outlets. There’s a good amount of content out there on storytelling through food.”

Though the stories their food tells are as different as night and day, the three women share a love for the hustle. Arrington has opened and moved on from two separate restaurants, one in Venice, Italy and one in Santa Monica, and her documentary projects have her flying from New Zealand to Hong Kong, Israel and more. Sequeira is judging on a slate of reality TV food shows, and making appearances at food festivals across the country. Yagi’s Pikunico, meanwhile, is still in its relatively early stages after being open for less than a year, but Yagi says that all of the elbow grease she’s put into the restaurant is finally paying off. “[At Pikunico], we held on to our integrity, we knew that everything would be okay as long as we served the right food and kind service,” Yagi says. “I could happily be the executive chef of some restaurant and have a really nice, stable salary, and insurance and everything else. But I felt that I had to move on from the era of being an employee and feeling safe about myself. ”

As Asian American female chefs, it takes a lot of nerve to make that leap of faith. According to Data USA, the highest percentage of chefs and head cooks in America are—you guessed it—white men. However, Yagi says that disparity isn’t something she paid attention to, even in her early days in the kitchen. “I’ve had that experience, and I felt it, but I just let go,” Yagi says, with a laugh. “I just say, ‘Well, although I’m a woman, a foreigner and Asian, if I can cook better than any other people, I can have my own business.’ I cannot be a white man, so I try not to focus on it.”

Sequeira, on the other hand, says that she was fortunate to have her professional training in a kitchen helmed by a female chef. Her gender or skin color never crossed her mind. “When I worked in a kitchen, it was a very equality-driven kitchen,” she says. “There was a lot of respect, and just amazing experiences.”

As a mother, the March of Dimes cause is especially personal to Sequeira, who has two daughters and is open about her struggles with postpartum mental health. “I love babies, I love mamas, and childbirth doesn’t always go according to plan,” Sequeira says. “So, the March of Dimes is the safety net for those situations. I’ve long had an admiration of their society, and we finally just decided to get together and collaborate.”

Although she has no children of her own, Yagi is also excited to participate in the event and help provide food for her community and fellow chefs. “I’m very feminine in some ways, and part of me is very motherly,” says Yagi. “I cook and I see people being made happy by the food, and that makes me so happy. And it’s very much being like someone’s mom, nurturing someone, and that satisfies me more than me looking at my plate and saying, ‘I’ve perfected this dish, and I’m confident about this dish.’ I’m more oriented toward who I’m feeding, and what good I’m doing.”

This year, the March of Dimes Signature Chefs Dinner in L.A. features a roster of diverse cooks, male and female. The Dinner’s honoree, Dominique Crenn, is both an accomplished chef and a world-renowned advocate for gender and racial inclusion in the kitchen. The line-up is just another indication that the culinary world is changing for the better. “We truly are seeing people for more than their gender or the color of their skin,” Sequeira says. “We’re seeing who can talk about food, and who can cook really good food.” 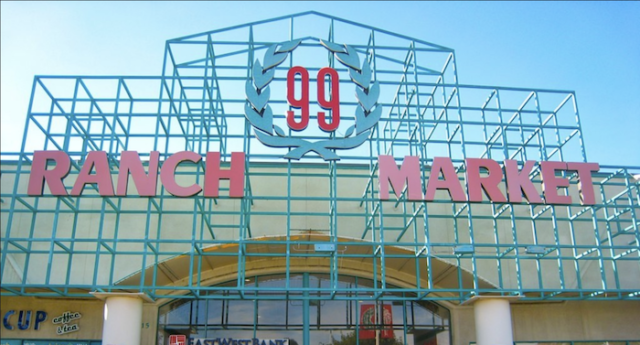 Finally running out of snacks from your summer vacation in Asia? 99 Ranch Market has the perfect excuse to fill up even more suitcases with yummy Taiwanese snacks. Reminiscent […]