Shocking photos of various world leaders in lip-lock circulated on the Internet today, stirring up a flurry of reaction.

The campaign – the brand’s first major campaign in a decade of largely forgettable ads – is touted as “Unhate.”

What can possibly beat a sweet trip to the Caribbean? Well, this: chef Roy Choi’s version of the Caribbean. The creator of L.A.’s life-changing Kogi Korean BBQ taco trucks (and F&W Best New Chef 2010) is opening Sunny Spot on November 18 in Venice, California. “At Sunny Spot, you’re going to feel like you just washed up on your beach,” says Choi. “If I was on my beach in Jamaica, this is what I’d be making.”

“Postclassical string quartet” Ethel , which focuses on works by modern composers, brings its show to the Lied Center at 7:30 p.m. Saturday, November 19. The performance features Philip Glass’ score to The Hours, as well as pieces by other modern composers. We recently spoke by phone with the group’s violinist, Jennifer Choi, about her experiences with Ethel and the group’s approach to music. In addition to being a successful solo artist, Choi is the newest addition to the quartet, replacing Mary Rowell, who had been with the group since its inception in the mid-’90s.

What’s it like joining a group with such a lengthy history, especially replacing a member who’d been with the group for 15 years?

Since the beginning, yeah. Well, I had known about the group for a long time. When I came to New York in ’98, that’s pretty much when they formed, as well. And I was pretty much doing the same kind of music — new music — and that kind of became my focus after a while. So I guess the transition felt pretty normal for me, and it seemed like the right thing to do. I worked with Neil — Corneilius Duffalo, the other violinist — as well as Ralph Farris, the violist, in other situations, ’cause you tend to bump into each other in New York City. So it just felt pretty good to be able to join a group like that. And it just feels really nice, because they have their repertoire and they’re really solid players, so it’s like playing tennis with a really great tennis player. You just sort of fit right in.

More than seven years after a Toronto-area woman cashed in a stolen $12.5-million Lotto Super 7 ticket, Ontario’s lottery corporation is trying to recoup the money, but the lengthy wait may have cost the Crown agency.

CBC News has learned that the Ontario Lottery and Gaming Corporation (OLG) filed a lawsuit in March against the woman who claimed the ticket, Kathleen Chung, and her family and associated companies for “deliberately deceiving” the corporation.

Police allege that Chung’s father and brother stole the free play ticket in 2003 from its rightful owners who validated the ticket at the Chung-managed Variety Plus store in Burlington, Ont. The duo then allegedly gave the ticket to Kathleen to claim in an attempt to cover their tracks.

A Northbrook woman accused of criminal sexual assault in the case of a 15-year-old boy pled not guilty in Cook County Circuit Court in Skokie Tuesday.

A 50-year-old Great Falls man has been charged with obtaining money by defrauding a business investor.

According to police, the 37-year-old victim entered into a business contract in April with Hong Ku Kim of 746 Ellsworth Avenue in which she invested $200,000 into Kim’s company, Greentopia-Timonium.

According to the contract, the victim’s money was to be placed in escrow so she could obtain her E2 Visa. This Visa allows a national of a treaty country — a nation with which the United States maintains a treaty of commerce and navigation with — to be admitted into the U.S. when investing a substantial amount of capital in an American business.

The head of a Korean-American association based in Atlanta has criticized leading members of Korea’s main opposition Democratic Party for shifting their position on the Korea-U.S. free trade agreement.

“Under the Roh Moo-hyun administration, supreme council party member Chung Dong-young and chairman Sohn Hak-kyu came to the U.S. and asked leaders of Korean-American groups to support the Korea-U.S. FTA,” said Yoo Jin-cheol, president of the Federation of Korean Associations, USA., in a phone interview with the Dong-A Ilbo. 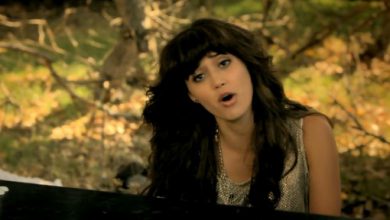