Jon Gosselin Reacts to ‘Kate Plus 8’ Cancellation
The Hollywood Reporter

Former Jon & Kate Plus 8 star Jon Gosselin is glad TLC pulled the plug on its reality series that starred his children. Retitled Kate Plus 8 after his divorce from Kate Gosselin forced him off the show, the program had just launched new Season 2 episodes when it was axed on Monday.

US comedian Margaret Cho has never minced her words. She once called Sarah Palin “the worst thing to happen to America since 9/11” and her stance on gay rights has drawn fire from conservatives at home.

Despite her radical credentials, Cho’s second Fringe show (her first was in 2001) isn’t going to offend anyone unless they happen not to be too keen on smut. Rather than expand upon her activism, Cho seems more concerned with how she looked on Dancing with the Stars, the US version of Strictly Come Dancing, where Cho ended up competing against Sarah Palin’s daughter Bristol.

During a relaxed set, Cho’s best moments come when she isn’t being base – and when she remembers her ability to make salient points in bona fide punchlines. See her take on the gay rights situation in the US. “How can you deny any gay man the right to bridal registry? It’s inhumane.”

Among the food trucks competing is the Korilla BBQ Truck from New York.

Korilla BBQ, which stands for Korean + Grill, is the brainchild of Columbia University graduate Edward Song. After graduating during the country’s economic downturn, he found himself thinking outside the box — unexpectedly enrolling in cooking school and taking his passion for Korean food to the streets of New York City. His high school friends Stephan Park and Paul Lee have been with the truck since day one, and together they have made Korean food accessible to the masses in a fast and convenient way.

Salt Lake Bees catcher Hank Conger made a visit to the Sugarhouse Boys and Girls Club in Salt Lake Wednesday morning. Conger, a Boys and Girls Club member as a child, talked about his road to becoming a professional baseball player and the time he spent in the club growing up in Southern California.

Citing her dream to become the first non-Asian K-pop star, 15-year-old Madison Gunst of Florida impressed judges with her song-and-dance routine to win the first New York K-Pop Contest in the city on Tuesday (local time).

The American teen, who fell in love with the genre four years ago when her friend showed her the music video for “Heartbreaker” by G-Dragon, beat off seven other finalists to claim the prize. They had been whittled down from 93 preliminary entries chosen through video clips online.

Woodland police are investigating the baseball bat beating of a San Jose man early this morning.

Officers were called about 2 a.m. to the 1200 block of Alice Street where they found Bong Kim, 43, of San Jose sitting in the passenger seat of his vehicle. Bong, who was bleeding, was transported to the hospital for non life-threatening injuries.

But the amount and variety available might surprise even well-traveled diners. Clustered in a 1.5-square-mile circle around the Beaverton Transit Center are more than 10 restaurants serving Korean fare.

Jae Yun Kim seemed surprised Tuesday night when he entered the Bears clubhouse, equipment bag in tow, to rousing cheers and back slaps from his teammates.

He needn’t have been.

Kim’s two-out, two-run double in the bottom of the eighth inning — a ball stricken with such force it might have left a vapor trail — capped a three-run uprising that pushed Yakima to its sixth victory in seven games, 5-3 over Spokane.

Prosecutors sought on Thursday a life sentence for a South Korean doctor accused of murdering his nine-months-pregnant wife during a quarrel.

The 31-year-old doctor, surnamed Baek, was indicted on charges that he suffocated his 29-year-old pregnant wife while the two were fighting over his heavy computer gaming habit in January. Police found the wife lying dead over a bathtub in the couple’s apartment in Seoul.

Although it would not be an understatement to say that Koreans are perhaps some of the most nationalistic people in the world, they are proving to be surprisingly cool with the idea of losing one of their prized athletes to Russia.

Ahn Hyun-soo, three-time Olympic short-track skating gold medalist is confirmed to be applying for Russian citizenship in order to represent Russia at the 2014 Winter Olympics.

Yonhap News reported that Ahn will renounce his Korean citizenship in order to join the Russian Skating Union.

What began as a goodwill trip to China for the Georgetown men’s basketball team turned violent Thursday night, when its exhibition game against the Bayi Rockets deteriorated into a melee during which players exchanged blows, chairs were thrown and spectators tossed full water bottles as Hoyas players and coaches headed to the locker room at Olympic Sports Center Stadium. 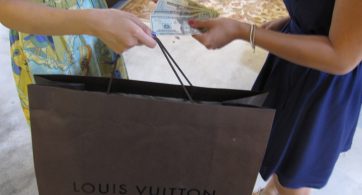