Christina Xu, a Chinese American activist, crowdsourced a letter written via Google Docs by hundreds in the Asian American community to support the Black Lives Matter Movement after the deaths of Philandro Castile and Alton Sterling. In her Doc titled “Black Lives Matter to Us, Too,” Xu hoped to increase awareness for unjust treatment of those who have been friends, classmates or coworkers to her. She and contributors then translated the letter into dozens of languages for their parents.

The Wiltern held an event on Oct. 16 to discuss politics and to encourage Asian American millennials to become registered voters.

After the announcement of Adam Crapser’s deportation, an outrage of protest unleashed against sending the South Korean adoptee back to Korea. Crapser has four children and had lived in the U.S. since he was 3 years old, but his American parents never filed citizenship for him. Many wrote letters and used the trending hashtag to show support for the cause.

This hashtag went especially viral after backlash hit Matt Damon’s role in “The Great Wall” and Tilda Swinton’s role in Marvel’s “Doctor Strange.” Though Asian Americans have made great steps forward this year, from Auli’i Cravalho voicing Moana to “Fresh Off The Boat” kicking off its third season, Asian American visibility in Hollywood continues to ignite social discussion.

#LLAG is named after activist Rainer Maningding’s Facebook “Love Life of An Asian Guy.” Maningding channels blogger Angry Asian Man in his posts and utilizes his hashtag to spread awareness of issues going on in the Asian American and African American community.  He also held a conference this past year to discuss how cross-culturally these two groups in society have been marginalized.

What was your most memorable social media moment of 2016? 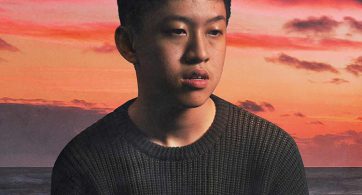 Can Brian Imanuel do no internet wrong? The Indonesian teenage rap sensation we love calling Rich Chigga released his latest self-produced single “Seventeen” yesterday (his first time), and you […]