Team Edward: Did you ever know that you’re my hero?

Being a saucier is the most prestigious position on the line in a kitchen, according to guest judge Dean Fearing, chef and owner of Fearing’s Restaurant in Dallas. For the quickfire challenge, the chefs have to test their saucy skills by making a new sauce that stems from one of the five mother sauces: béchamel, espagnole, hollandaise, tomate and velouté.

Chef Nyesha Arrington imagines if she could pick anything to do for the rest of her life, it’d be saucier. To her, it’s an artistry in itself. The sauce she gets in the quickfire is tomate. Edward Lee gets béchamel and Beverly Kim gets espagnole. The chefs have 90 minutes to come up with a dish that highlights the sauce and brings something new to the old standard.

Ed decides to incorporate a vegetable into his heavy white sauce while, big surprise, Beverly turns her classic sauce into something “very Asian”, but she feels good about her dish and so I shut my mouth. Ahem.

When it comes time to present their dishes, Ed is out to impress once again with a cauliflower milk béchamel with poached red snapper, a little tarragon crab and a fried oyster on top. Yet another elegant dish with bright artful splashes of orange and yellow which offset the creamy white of the fish and cauliflower.

Unfortunately, Chefs Kim and Arrington end up being among the least favorite of host Padma Lakshmi and Chef Fearing.

Chef Nyesha combines coconut flavors with ras el hanout to create her sauce and braises lentils with the tomate to complement her salmon dish. “I love making sauces,” Arrington says. “It’s my favorite thing to do.” Sadly, not the judges’ favorite thing to eat. They find her dish thoughtful, but with muddled flavors.

In the elimination challenge, the cheftestants have to work as one team to create a four-course steak dinner for 200 guests at the Cattle Baron’s Ball at Southfork Ranch, where the TV show Dallas was shot. Who shot J.R.? (Spoiler alert: It was Kristin).

Steak has to be incorporated into two of the courses so the Top Chef wannabes split up into four teams by course. We see Heather Terhune, executive chef of Sable Kitchen & Bar in Chicago, shamelessly asking Ed for a cake recipe. She is a part of the dessert course and plans on doing the same cake she made for the quinceañera challenge.

“She’s taking my cake recipe and she’s repeating it again?” Lee says. “That pisses me off. At some point, she’s gonna have to stop repeating the same recipe and really cook.”

And that’s just the beginning of Heather. She’s seen complaining about Beverly only cooking Asian food and how the judges might get bored of that… Oh, wait a second.

Beverly is working on the first course, a summer gazpacho of tomato, cucumber and watermelon with an avocado mousse and olive oil-poached shrimp, and is in charge of the shrimp. She has to peel, de-vein and poach 400 shrimp in six hours, but, according to Heather, she’s too slow and too focused on the shrimp. “If that was my prep cook and he’s working on shrimp for two days, I would be through the roof.”

Beverly powers through and claims, “Even though Heather was riding me, I finally finished cooking the shrimp and they taste perfect.” Judge Tom Colicchio even says the shrimp were cooked nicely. Take that, heathen!

The second course is a grilled New York strip steak carpaccio with mushroom bacon and an heirloom tomato asparagus salad with a candied pistachio vinaigrette. The salad is Ed’s doing and — wait for it — his undoing. Tom calls it “this raw tomato thing with a little bit of grilled asparagus that’s not really cooked enough” while judge Hugh Acheson claims he “would have peeled the tomatoes.” Basically, they are not into it. At all. Ouch.

For the third course, the chefs serve a grilled rib eye, a creamy potato gratin, braised brussels sprouts and a compound butter of bone marrow and red wine onions. Nyesha thinks, “the steak looks like sh-t. I’m wondering if my elements of the dish, the compound butter and the sauce to go with the steak, are going to be strong enough to shine on their own or if it’s gonna be rallied in with the steak.”

The final course, a “right side-up” Texas peach cake, a shaved peach salad and a candied pecan streusel, is adored by the judges and ends up being among their favorites of the night. The cake was “light as a feather, very moist, properly cooked and perfect.” Thanks to Ed!

Among the other top chefs of the night is Nyesha, whose compound butter and sauce, according to Colicchio “really made the dish, saved the dish I would say.” Judge Hugh gets nerdy with it and says, “It had really bright flavors and just added such nuance and integrity to a steak that otherwise was a little confused on the plate.” Not sure if I’ve ever met a steak with integrity.

While the judges deliberate, Heather heats up the stew room claiming she’s “not sure if everybody pulled their weight in there.” She attacks Beverly saying, “You spent a lot of time working on shrimp. Besides that, I’m not really sure what else you did.” Dude!

Not to worry, there is also love in the air in the stew room. While Beverly is sitting next to Ed, she confesses to him that she was afraid she might be on his sh-t list because she made a reservation at his restaurant, 610 Magnolia, and canceled the same day. Ed gasps in fake horror. She admits that she peeked into his restaurant yet when he turned around, she ducked, too embarrassed to let his gaze land on her. Her husband had told her to go say hi to Ed and she remarks she didn’t want to look like she was stalking him. Uhh, too late.

“The very fact that I’m cooking with Edward Lee is a huge honor because he was my idol for a long time. I know that there’s a lot of great chefs, but I do particularly pay attention, because I am Korean American, to the Korean Americans out there.” Ahoy!

Ed turns on his southern charm and says, “After this is all over, you’ll come to Louisville. We’ll hang out. Bring your husband. It’ll be a good time.” Ed is too sweet giving his stalker hope like that.

The 45 whole seconds dedicated solely to Bev and Ed shooting the breeze was a priceless gem. Fabulous fodder for KAs!

Back to reality, in a bittersweet ending, dessert ends up taking the cake. She can’t have Ed’s cake and eat it too!

The judges are actually disappointed in the meal as a whole. They expected a lot more from 13 chefs and four courses. I agree. I was underwhelmed!

Korean American Idol Ed gets called into the bottom with the steak guy and the potato gal. In defense of his blasé and unfocused dish, Ed remarks “I think to our detriment we didn’t want to step on each other’s toes so we were all kind of dancing around.” But Acheson has a fair point. “It was just an okay dish done in a mediocre style, and that was just kind of the theme of the night.”

Ed! Show them the stuff that made you Beverly’s wind beneath her wings!

Next week is a double elimination and the cheftestants have to judge each other’s dishes. Eeks! Also, Bev gets paired up with the enemy! Run for the hills! 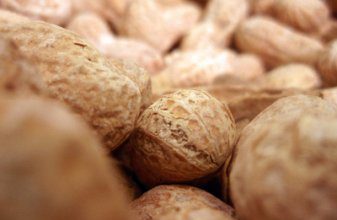 It sounds like the world’s worst idea. Take perfectly good gold and infuse peanuts with it. Then sell those peanuts for people to eat. A Jeju Island-based company is […]