For the second year in a row, the Miss America tiara went to New York. This year, 24-year-old Nina Davuluri took the title.

Unfortunately, this celebratory moment quickly turned sour when Twitter exploded with racist comments about the newly-crowned Miss America. So we should probably clarify a few things to these terribly mistaken individuals. For starters, they seem to be missing the biggest point of all – Nina Davuluri is awesome.

1) She is making history for Asian Americans, and she knows it.

Born in New York to Indian parents, Davuluri is the first contestant of Indian descent to become Miss America.

“I’m so happy this organization has embraced diversity,” she said in her first press conference after being crowned Miss America. “I’m thankful there are children watching at home who can finally relate to a new Miss America.”

In fact, as Davuluri and Miss California, Crystal Lee, embraced each other right before the winner was announced, Davuluri told the host, “We’re both so proud. We’re making history right here, standing here as Asian Americans.”

2) She proud of her roots: she performed Bollywood.

Although she missed her cue (sound was apparently poor for those on stage), Davuluri’s performance was one not to be missed. For her talent performance, Davuluri performed a classic Bollywood fusion with “Celebrating Diversity through Cultural Competency” as a platform. Although she has 15 years of training in Indian dance, Miss America traveled to Los Angeles to train with So You Think You Can Dance choreographer Nakul Dev Mahajan for the performance.

This is the first time Bollywood has been performed on the Miss America stage.

3) She doesn’t bash other Asian Americans.

Coincidentally, Davuluri was asked about another Asian American woman, Julie Chen. The television personality was recently criticized for undergoing surgery to boost her career.

Rather than criticize her fellow Asian American, Davuluri commented that although surgery wasn’t her personal choice, we should not criticize others for it. She commented on the importance of diversity and being confident in who you are.

Not only is this woman beautiful, she’s also quite intelligent. She graduated from the University of Michigan with a degree in brain behavior and cognitive science, and landed a spot on the Dean’s List, a Michigan Merit Award, and a National Honor Society Award.

With the $50,000 she earned from this pageant, Davuluri will apply to medical school and eventually hopes to be a cardiologist.

5) She dismisses the haters.

Although racist haters tried to bring her down, Davuluri decided to rise above the ignorant comments. She did not allow them to ruin a well-deserved moment in the spotlight.

“I have to rise above that,” she said at a press conference. “I always viewed myself as first and foremost American.” 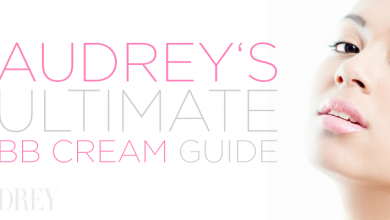 When Audrey first wrote about BB creams in 2008, it was the latest thing in Korea. The oddly named “blemish balm” originated in Germany as a post-treatment cream for […]