Cecilia Chung was honored Monday night by the California State Assembly as one of its Women of the Year for her work in fighting for transgender equality.

Chung, who is the senior advisor for the Transgender Law Center, a health commissioner at the San Francisco Department of Public Health and a member of the Presidential Advisory Council on HIV/AIDS, was chosen by Assemblyman Phil Ting (D-San Francisco) to receive the award.

“Cecilia has an inspiring record of breaking down barriers,” said Ting. “Her bravery and brains have made our community a more compassionate and welcoming place. As we strive for even greater equality, we can simply look to her for a roadmap forward. Cecilia’s passion and commitment to equality know no bounds.”

According to assembly member Phil Ting’s official website, some of Chung’s honors include “the first Deputy Director of the Transgender Law Center, the first transgender woman and first Asian to be elected to lead the Board of Directors of San Francisco’s LGBT Pride Celebration, and the first person living openly with HIV to Chair the San Francisco Human Rights Commission which, under her leadership, documented widespread discrimination against transgender people and prompted the city to adopt many pioneering anti-discrimination ordinances and policies.” 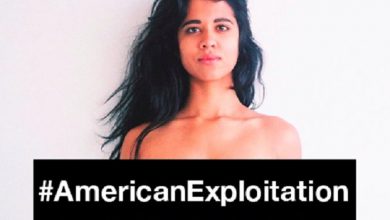 It should come as no surprise that American Apparel is once again the target of social criticism. The retailer is known for its controversial advertisements featuring naked models and […]