Imagine how it would be like to meet yourself as a child. What would you say? How would you feel? How much would you have changed?

This is exactly the sort of questions that London-based, Japanese photographer, Chino Otsuka, had in mind for her “Imagine Finding Me” series. With a unique and visually stunning method of venturing into her past, the creative photographer travels through time by inserting her current self into images of her childhood self.

The photos show Otsuka at various stages of her life as well as various places around the world. “The digital process becomes a tool, almost like a time machine, as I’m embarking on the journey to where I once belonged and at the same time becoming a tourist in my own history.” Otsuka tells to AGO.

AGO explains that Otsuka utilizes photography “to explore the fluid relationship between the memory, time, and photography.” 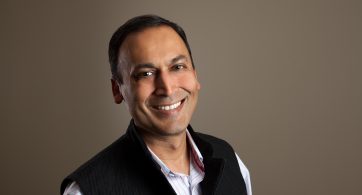 With the holidays fast approaching, shopping for gifts can be stressful especially if you’re working with a budget and a short timeline.  However, we found a great solution for those on the […]