Off-duty Newport Beach Battalion Chief Todd Knipp was waiting for his son in an orthodontist’s office when someone burst in and said a tree fell on a car across the corner.

Knipp told those around him to call 911 and raced downstairs to the scene at 17th Street and Irvine Avenue.

“First thing I did was check to see if there was immediately a problem with the driver and then check to see how many victims or patients we’d have in the car,” Knipp said. “My first thought was given the time of day and location that I was just praying there wasn’t any kids in the car.”

There were no children inside the blue 2002 Hyundai. But 29-year-old Haeyoon Miller, a childhood musical prodigy who lived in Tustin with her boyfriend, was trapped in the coupe beneath the 50-foot blue gum eucalyptus that officials later said weighed 10 tons.

Jamie Chung in a leading role opposite Joseph Gordon-Levitt? At least that’s what Slashfilm was predicting for the upcoming film Premium Rush: “Chung would play Levitt’s ex-girlfriend, ‘a fellow daredevil bike messenger who helps him outwit the cop.’” It seemed exciting enough that Chung was rising from the ranks of being a borderline reality star to actually appearing in legitimate cinema and, finally, a co-starring role with one of young Hollywood’s big names. But a few days ago, when the trailer for Premium Rush finally dropped, we saw something different: Chung was now playing a Chinese girl with broken English who gets caught in the crossfire.

“Korean food is very healthy on the whole,” Marja says. Plus, “a lot of recipes are versatile enough to substitute ingredients. For instance, you could use the Bulgogi marinade on chicken or fish instead of beef.” Easy, right?

Women’s Health: What’s the number-one rule of cooking Korean dishes?
Marja: The number one rule is taste, taste, taste as you go. Most Korean cooks don’t measure, so tasting is essential.

A press conference was held on Sept. 20 at the Seoul Plaza Hotel to commemorate the agreement between YG Entertainment, American company ‘Signeo‘, and Soul and Media Group. Ludacris himself also made a visit and promoted his ‘Soul by Ludacris’ headphones, which will soon be available in Korea.

Rev. Cho Yong-gi, the founder of one of the world’s largest Christian churches, may face an investigation by prosecutors over allegations that he and his family embezzled large amounts of church funds, church elders said Tuesday.

A group of 29 elders at Yeouido Full Gospel Church in Seoul filed a suit Monday against Cho and his first son Cho Hee-jun, the former CEO of the church-affiliated local daily Kookmin Ilbo, accusing them of misappropriating over 20 billion won (US$ 17.4 million) of church funds for speculative stock market investment.

Given Korea’s love affair with small plates, it should thus come as no surprise that Seoul’s affinity for banchan has carried over into a hunger for tapas.

In recent months, the Spanish specialties have spread across the city faster than you can say “¿Que pasa?”

Bursting with flavors from the tongue-tingling saltiness of anchovies to the piquant sharpness of Manchego cheese, tapas at these eateries prove they’re tops around town.

Police said Tuesday morning that human remains found in an Alameda County canyon are those of missing nursing student Michelle Le. Le, who was raised in San Diego County, went missing May 27 after she left a Hayward hospital where she had been training.

A woman who went to high school with Le in San Diego, Giselle Esteban, was arrested last week in connection with Le’s disappearance.

The remains were identified by the Alameda County coroner’s office, the San Francisco Chronicle reported. Esteban had been a person of interest in the investigation, authorities said, because she had blamed Le for ruining her relationship with her boyfriend, the father of Esteban’s child.

A Chinese journalist reporting on a scandal surrounding illegal cooking oil was found stabbed to death this week, the journalism advocacy group Reporters Without Borders said on Tuesday.

The reporter, Li Xiang, was stabbed more than 10 times as he returned to his home in the city of Luoyang on Monday, the official English-language China Daily reported.

Mr. Li had been following the story of restaurants illegally recycling cooking oil, a dangerous health hazard to diners, and had written about it on his personal blog before his death. Though he had never published any reports for his employer, Luoyang Television, news reports cited Chinese bloggers who said his death was likely connected to his investigation of the oil scandal. 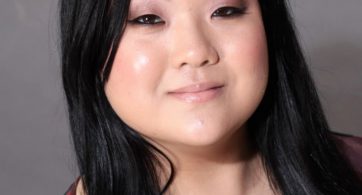 A Southern California woman was killed last week when a 10-ton eucalyptus tree fell on her Hyundai Accent which had been idling at an intersection in Costa Mesa. Authorities […]