From more than 1,000 applicants, Asian American directors Christine Swanson and Heather Jack have emerged as two of 10 finalists of the inaugural class of NBC’s Female Forward program.

Female Forward is a new diversity initiative launched by NBC last year to foster female directing talent in the scripted television landscape. The finalists will be paired to shadow TV directors of one of the network’s series and get the opportunity to helm at least one episode.

Jack is paired with “Superstore” and Swanson with “Chicago P.D.”

Karen Horne, NBC’s senior vice president of Programming Talent Development and Inclusion, said diversity in director’s chairs will promote inclusion in various aspects of production. “Our hope is that these 10 women will join the ranks of other women directors who have exponentially affected change by opening doors for those who follow them not only in their field, but across our industry,” she said.

Jack is a Los Angeles-based independent filmmaker whose first short comedy “Let’s not Panic” screened at a number of festivals and was selected as a Vimeo Staff Pick and Short of the Week.

Swanson won the Audience Award at the Chicago International Film Festival with “All about You,” which she wrote and directed. Her film “Love Under New Management: The Miki Howard Story” broke TV One ratings records. 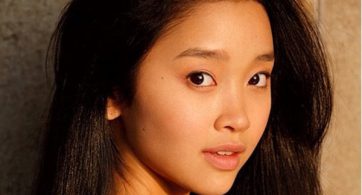 It’s a teenager’s nightmare: What would you do if your secret love letters that were never supposed to see the light of day were sent to all your crushes? […]