On December 5, the hustle and bustle of downtown Los Angeles nightlife was alive and well on the chilly winter night. On the outskirts of Koreatown stands the Legendary Park Plaza Hotel, the venue of Audrey Magazine and KoreAm Journal‘s 13th annual Unforgettable awards gala.

When entering the hotel, guests were greeted with a giant, brightly-lit Christmas tree which was not only the perfect picturesque backdrop, but it also elicited a sense of holiday spirit. Curious as to what our guests had planned for Christmas, we asked a few to see what their responses would be:

Actress Ming-Na Wen, the recipient of the “Actress of the Year” award for her role in ABC’s hit television show Marvel’s Agents of S.H.I.E.L.D., stated, “We’re going to Hawaii, but I’m going to decorate the house. I love decorating the house.”

A performer that night, David Choi attended the event along side YouTubers Arden Cho, Anna Akana, and Philip Wang. When asked how he was going to be spending the holidays the singer/songwriter simply replied, “I’m just going to spend it with family, visit my aunt with all my cousins.”

For his main role in the romantic comedy television series, SELFIE, John Cho was awarded “Actor of the Year” as well as Royal Salute’s “Mark of Respect Award.” Having just had his second child last year, he replied, “I’ll be around; the kids are too young to travel right now.”

Canadian-British actress Karen David, Princess Isabelle in ABC’s Gavalvant, is also going overseas, “For the holiday season, me and my hubby are going to Australia this year because my friend is getting married. I promised my parents that when we get back that we’re going to do a sort of post-Christmas celebration with them because it’s all about time with the family and having good food. And quite frankly, I miss my mother’s Chinese cooking, so I’m going home.”

Star of Disney’s newest animated film Big Hero 6, Ryan Potter answered matter-of-factly, “I have a bunch of videos to put together for my portfolio for CalArts, so that’ll be it. I’ll just be shooting and editing throughout the holidays, but I’ll still see my family. We’ll have a honey baked ham, so ya.”

Actress and YouTube personality Anna Akana‘s response was a change of pace: “I’m going to Italy in ten days! I’m really excited. Me and my boyfriend are going to for seven days over there and then we’ll come back to spend Christmas with my family.”

Known for her powerhouse vocals, The Voice winner, Tessanne Chin performed two amazing songs that fully displayed her talents. With the mention of the holidays, she sprung right into things, saying, “I’m so excited to see my family because we have been traveling so much this year. I actually get some special time with my husband, my sister, my daddy and my nephew. I can cook up some good food and just do nothing for at least a week or two. That sounds like bliss to me right now.”

In addition to John Cho and Ming-Na Wen, Arden Cho and Ki Hong Lee both received an award for “Breakout Star of the Year.” And this night wasn’t just about awards. There were a number of live performances that kept us on the edge of our seat. Urban dance group KINJAZ kicked off the night with captivating moves followed by a performance by Tessanne Chin, whose powerful vocals left the entire audience in disbelief. Choreographer/dancer Mike Song and beatbox champion KRNFX teamed up for an equally entertaining and humorous performance followed by another duet courtesy of David Choi and Arden Cho. The audience sang along with the sweet duo before G.NA dazzled them with K-pop. Following an opening act by Howard Chen, Yoon Mi Rae hit the stage and brought the audience to their feet. This was followed by an unforgettable encore performance with Tiger JK and Bizzy.

Living up to its name, this night was truly Unforgettable. 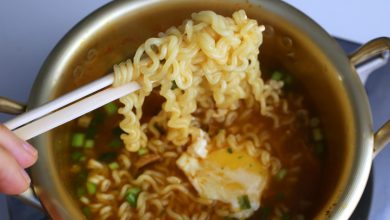 Watch this Alpha Girl display her skills that makes her deserving of the alpha title. Leave it to TOKiMONSTA, the local Los Angeles DJ, to bring composing to […]