Watch this Alpha Girl display her skills that makes her deserving of the alpha title. Leave it to TOKiMONSTA, the local Los Angeles DJ, to bring composing to another level–or rather to another plate.

Mixing the tradition of a sushi-go-round and music technology, TOKiMONSTA was able to create an entire song that’ll have you head-bobbing (and maybe a little hungry).

“Sushi Sequencer” was a part of the Red Bull Music Academy, a traveling series of music workshops and festivals, which was hosted in Tokyo this year. The magic behind the sequencer is in a little camera that was wired to recognize the color of each plate. Now, if you’re not familiar with the sushi conveyor belt, typically at these restaurants you can pick and grab what you want when you see it. The color of each plate determines how much you’ll have to pay for each item (trust me, the prices stack up). This time around, instead of prices, each plate determines what beat will play.

The behind-the-scenes video elaborates more on the intricacy of the technology behind it all. 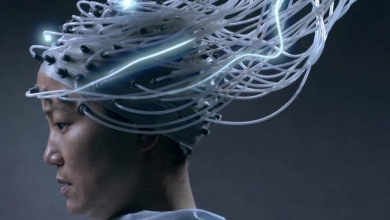 In 2002, Better Luck Tomorrow made a splashy buzz at Sundance Film Festival, complete with a rousing defense from the late Roger Ebert. Since then, there has been […]