Randall Park, who leads ABC’s “Fresh Off the Boat,” was awarded the Royal Salute Mark of Respect at the 2015 Unforgettable Gala on Dec. 12.

“Why am I getting this award? To be honest with you, I don’t know. I’m just a guy who does his job and tries to have as much fun in the process, and at the end of the day I go home. At my core I’m just a humble, regular guy who happens to have done some good for the community, for this country and for the entire world,” Park joked during his speech.

Park is one of the most visible Asian American faces on TV and film today. Aside from “Fresh Off the Boat,” he has played Kim Jong-un in “The Interview” and made guest appearances on “Veep” and “Wet Hot American Summer.” 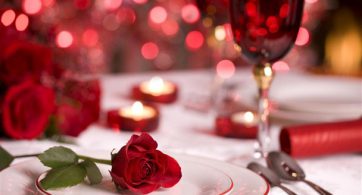 Each holiday comes with it’s own quirks and quarrels. Thanksgiving you eat turkey, but the stress of hanging out with your crazy relatives might just make you throw it […]