If you haven’t seen or heard of Awkwafina yet, you will. The lady rapper has a slew of movie credits coming up, and she’s all set to be honored as Kore Asian Media’s Female Breakout of the Year at the 16th Unforgettable gala, presented by BMW, on Dec. 9, 2017.

Born Nora Lum into a Chinese-Korean family in Queens, Awkwafina first started gaining recognition in 2014 when her hits like “My Vag” and “NYC Bitche$,” infused with humor and hard-hitting beats, went viral online. Awkwafina has been reluctant to label herself as either a comedian or rapper and prefers to let others think of her as a musical anomaly.

She was added to the cast of MTV’s “Girl Code” in 2014. She, along with fellow Asian American rappers Dumbfoundead, Rekstizzy and Lyricks, was also the subject of Salima Koroma and Jaeki Cho’s 2016 documentary “Bad Rap.”

On top of making music, Awkwafina is also hard at work on a budding acting career. She had a supporting role in “Neighbors 2: Sorority Rising” and was recently cast into the upcoming all-female “Ocean’s Trilogy” spinoff, “Ocean’s Eight.” Fans will also be able to see her acting alongside Constance Wu in Jon M. Chu’s “Crazy Rich Asians.”

Check out one of Awkwafina’s hits below:

As the presenting partner of the 2017 Unforgettable Gala, BMW of North America continues its longstanding commitment to celebrating diversity.The gala is also supported by gold sponsors Private Internet Access and Pechanga Resort & Casino, along with silver sponsor M&L Hong Foundation. A teaser for the film “Beats of Paradise,” directed by Livi Zheng and executive produced by Julia Gouw, will officially launch at the Unforgettable Gala. 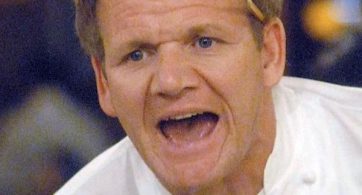 Michelin-starred celebrity chef Gordon Ramsay is confirmed to be competing on “Please Take Care of My Refrigerator,” a popular cooking and variety show from Korean broadcasting company JTBC. The […]