Christmas is coming fast!  For many of us, this season means decorating Christmas trees, navigating through crowded malls, playing the Michael Buble Christmas album way too much, and baking gingerbread cookies.  But what does Christmas look like for the rest of the world?  More specifically, how is Christmas in Asia?

Asian countries have a smaller number of Christians and Catholics compared to the rest of the world.  In Thailand, for instance, less than 1% of the population is Christian.  As a result, many Asian countries that do celebrate Christmas simply follow Western customs and traditions, such as Midnight Mass and the exchange of gifts (but not without enthusiasm).  In places like Hong Kong, Vietnam, and Malaysia, Western customs and traditions are followed, but the holiday has a more secular view than a religious one.

Of course, this is not the case for all Asian countries.  The Philippines, for instance, is one of two predominantly Catholic countries in Asia and Christmas is the most enthusiastically celebrated holiday on the calendar.  The country is known for celebrating the world’s longest Christmas season, which begins September 1st.

We’ve found that the Asian countries that do celebrate Christmas have an interesting set of traditions specific to their country.  Here are some of the most unique ones:

In 1974, KFC Japan began to promote fried chicken as a Christmas meal.  The insanely successful “Kurisumasu ni wa kentakkii!” (Kentucky for Christmas!) marketing campaign made the “Christmas Chicken” bucket an annual tradition.  In fact, the tradition has become so popular that people order their buckets months in advance to avoid the two hour line.

In addition to KFC fried chicken, there is one more thing that must be on the table for any Japanese home to feel the holiday spirit: Christmas cake.  According to anthropologist Michael Ashkenazi, who studied Japanese culture and tradition, Christmas cake is “sold on practically every street corner.”  Japanese Christmas cakes are sponge cakes covered in white cream and ruby red strawberries.

Christianity is still relatively new in Korea, so many Christmas celebrations follow that of Western culture.  However, Korea has its own version of Santa Claus.  Santa Haraboji, or Grandfather Santa, looks similar to the Western Santa, but he wears a traditional Korean hat (갓 gat) and his statues have often portrayed him in a green suit instead of a red one.

Although Indonesia is a Muslim country, Christmas is still regarded as a public holiday that is celebrated by many.  Shopping malls are known to be covered in Christmas decorations and Santa Claus is even a widely-known figure.  One Christmas tradition in Indonesia are the use of fireworks, one that we typically see in July.

Similar to Indonesia, India has a very small Christian population.  But the 2.3% of Christians (that’s 25 million) are very enthusiastic about Christmas.  Religious customs, such as Midnight Mass, are observed,  Some even put a small, oil-burning, clay lamp on their roof to show that Jesus is the light of the world.  In South India, the tradition of the Christmas tree is alive and well, but instead of pine trees, mangos trees are used.

In the Philippines, Christmas is celebrated from September until January.  Needless to say, this holiday is huge.  One of the most well-known traditions is Simbang Gabi (night mass), which are nightly, dawn masses beginning from December 16th and ending on Christmas Eve.  The masses are meant to show devotion to God and create more anticipation for the birth of Christ.  After each mass, plenty of traditional food is consumed.

To us, the Christmas tree is one of the most symbolic decorations of Christmas.  In the Philippines, it’s the parol.  Parols are star-shaped lanterns that represent the star of Bethlehem, which guided the Three Kings.  Early parols were made of bamboo, rice paper, and oil lanterns.  Now, the art form of making parols has become as intricate as they are beautiful. 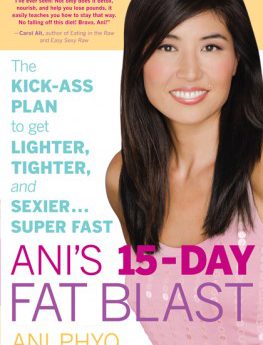 HED: Blast Off DEPT Mind and Body Issue Fall 2012 Author Hilal Nakiboglu Thanksgiving is over and now it’s time to physically and mentally rid ourselves of the Thanksgiving stress.  That […]