The U.S. House of Representatives is set to vote on a bill Wednesday that would award Filipino and Filipino American Veterans of World War II the Congressional Gold Medal.

The legislation, which unanimously passed the Senate in July, would be sent to President Barack Obama to be signed into law if passed by the House and would acknowledge over 200,000 people of Filipino heritage who fought for the United States against the Imperial Forces of Japan.

Two Asian American members of Congress who worked on the bill – Sen. Mazie Hirono (D-HI) and Rep. Tulsi Gabbard (D-HI-02) – expressed support for the legislation recently in a press release. “This week, Congress will take the next step to recognize the brave and courageous service of Filipino World War II veterans like Domingo Los Banos from Kauaʻi,” said Sen. Hirono, who along with Gabbard first introduced the bill in 2015. “The unanimous support this bill earned in the Senate and the overwhelming backing it has in the House honors the sacrifice so many of these veterans made for our country.”

Gabbard, a decorated major in the United States Army who previously served in the Iraq War, said that she’s personally met with some of the Filipino veterans and their families, and has called for her colleagues to join her in voting to pass the legislation. “These loyal and courageous soldiers suffered, fought, and gave up their lives alongside their American counterparts throughout the war, and have waited decades for their service to be recognized,” she said. “I urge my colleagues to join me in voting to pass this timely legislation, and to honor our veterans with this long-overdue recognition.”

The soldiers the bill aims to recognize were promised military benefits when they responded to President Franklin D. Roosevelt call-to-duty but that offer was retracted by the Rescission Act of 1946, according to NBC News. 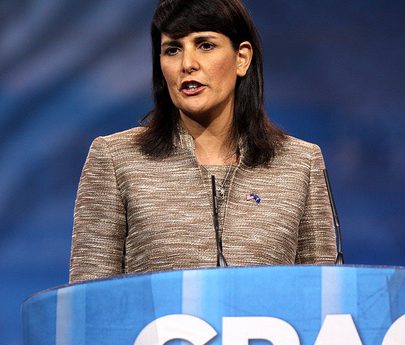 Republican President-elect Donald Trump appointed South Carolina Gov. Nikki Haley, a South Asian American, to his cabinet as the ambassador to the United Nations. Haley – who initially was […]