Steven Yeun came on Conan last night with a mission.

“Once and for all, we don’t all look alike,” said Yeun, referring to people of Asian descent. “That’s what I’m here to tell you.”

The Walking Dead star told talk show host Conan O’brien that he was baffled by how many fans said they were mistaken for him on several occasions, despite bearing no resemblance to the actor.

Furthermore, the Korean American actor said that when fans do recognize him, he feels compelled to not lie about his identity because he wants to break the stereotype that all Asians look the same.

He joked that he almost wants to congratulate the more observant fans by saying, “Yes, you’re right. The one Asian guy you recognize is the Asian guy that you thought it was gonna be.”

Yeun also revealed that he’s combating the stereotype by finding celebrity look-alikes of different races on Reddit. To prove his point, he presented photos of a black Matt Damon and an Asian Brad Pitt.

“So, if all Asians look alike, then Brad Pitt’s Asian,” Yeun concluded. “And I’ll take that.” 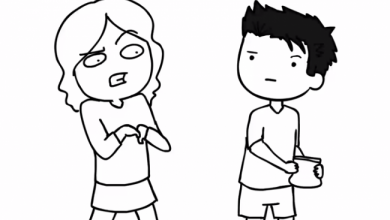