If you thought that visual mind trip was a little too intense for you, maybe you’ll enjoy The Kinjaz dance choreography version better. 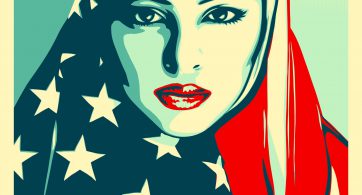 If some of the artwork here seems familiar to you, it should. Shepard Fairey, the prolific graffiti artist and OBEY founder who crafted the Barack Obama “Hope” poster, recently […]