“Star Wars: Rogue One” is inching closer and closer to theaters, which means we have a new international trailer on our hands.

The first film in the Star Wars Anthology, “Rogue One” follows Rebel spies seeking to bring down the Galactic Empire by stealing plans for the Death Star. It’s set after the events of Episode III.

“Rogue One” is also the first “Star Wars” pic to feature an Asian face in a major role, with Donnie Yen as Chirrut Imwe, a blind warrior. Jiang Wen and Riz Ahmed (recently of “Jason Bourne” and “The Night Of” fame) will also star, alongside leading stars Felicity Jones, Diego Luna and Ben Mendelsohn.

We will see them in action in theaters on Dec. 16.

Check it out below! 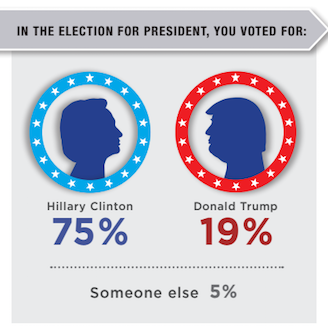 An overwhelming majority of Asian American voters chose Hillary Clinton over Donald Trump in the election, according to a national poll conducted by five collaborating AAPI groups that contradict […]