The above Ashley Madison.com ad shows a drop-down menu that lets users
choose between ”a married man seeking a woman”and “a married woman seeking a man.”

An entrepreneur dubbed the “King of Infidelity” has taken his message of “life is short, have an affair” to South Korea, launching an online dating website meant to “help” married people seek extramarital partners.

Noel Biderman, CEO of Ashelymadison.com, an online matchmaking service for married people, launched the Korean edition of his website this month to “change the Korean society” while gaining profits for himself. He is tiptoeing the line between turning some married South Koreans into adulterers and advocating for what he calls social change, as he says Korea’s laws criminalizing adultery are archaic.

“I have looked through the Korean market and found that more and more people are marrying late, or not marrying at all,” Biderman told The Korea Herald. “At the same time, the rate of divorce, especially for those initiated by women, is climbing rapidly.

“I cannot talk anyone into cheating,” he added. “I am just providing them with a platform that they could (use to) have an affair discreetly … I believe that having an affair could prevent divorce.”

Exactly how Biderman hopes to use his venture to mend South Korea’s rising divorce rate isn’t clear, and he chooses not to visit Seoul because he fears the public may publicly egg him.

“I am dying to see Seoul personally, but the feedback was, ‘If you need a spanking, come to Korea,’” Biderman, a former sports agent, said.

Despite the criticism, Biderman is raking in millions of dollars by running the same website in 36 different countries, including the U.S. and Australia. Ashelymadison.com grossed about $125 million last year, according to the Herald report. It gleans its largest profits from male customers, who comprise about 80 percent of the site’s membership, the article said. Men must pay a “credit” in order to initiate a conversation; in Korea, that amount is 2,150 won ($2); women, however, don’t have to pay a fee.

Biderman said he finds the first three years of marriage the most ripe for cheating. “Those whose wives are pregnant, have kids and are less caring to husbands, those into their 40s and 50s, they are the major targets,” he said, “not to ignore the ‘Viagra generation.’” 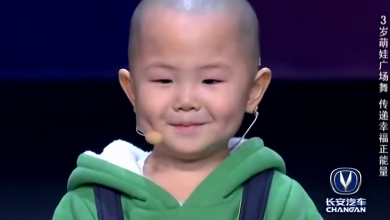 Even if you have the worst case of the Mondays, 3-year-old Zhang Junhao will certainly make your day. A Chinese reality show, which appears to be similar to America’s Got […]