Actor John Cho is reprising his role in the latest installment for the teen comedy franchise American Pie, according to PerezHilton.com

Wondering why we just called you MILFS? If you don’t remember, you must not be a huge American Pie fan, because it was Cho’s small part that originated the term — or at least blew it up so that almost everyone knows it now! Well, it’s been confirmed that he’s back in a

Costar Thomas Ian Nicholas broke the news when he tweeted: “On the set of American Reunion with John Cho looking spiffy.”

A group of North Koreans crossed into South Korea by sea last week amid an uptick of recent defections that could increase tension between the divided countries, according to Yonhap.

The nine North Koreans include three adult men, two adult women and four children, suggesting that they may be family members. The North Koreans are being questioned by South Korean officials about their motives and their defection route, the officials said.

The development comes amid lingering tensions over the North’s two deadly attacks on the South last year that killed a total of 50 South Koreans, mostly soldiers.

The development comes four months after a group of 31 North Koreans crossed into South Korean waters by accident. Four members of that group decided to defect to the South despite Pyongyang’s demands that they be repatriated, according to CNN.

There are currently more than 20,000 North Korean defectors living in South Korea, according to the South Korea’s Unification Ministry.

The South Korean government broke ground to turn a building seen as a symbol of Japanese colonial rule into a museum.

For many, the stark structure built by the Japanese and then taken over by South Korea’s military is a reminder of a painful colonial past and the torture allegedly overseen there later during decades of authoritarian governments.

But rather than bulldozing the Defense Security Command building, South Korea’s capital is trying to make peace with its difficult history by transforming the building into a branch of the National Museum of Contemporary Art.

Koreans from China are facing problems from a homeland that may not welcome their repatriation, Yonhap reported.

Reports of crimes committed by ethnic Koreans from China are not uncommon in the local media, but these people’s accounts of frustrating and humiliating experiences here suggest that they are not the only ones to blame for their anti-social behavior.

Official data show that nearly 410,000 Korean-Chinese, known as “joseonjok,” are living in South Korea, using their Korean language skills to earn jobs as construction site workers, restaurant employees, housekeepers and caregivers, among others.

The Darker Side of K-Pop [VIDEO]
BBC News

The phenomenon known as K-pop, already huge in Asia, is at the forefront of the so-called ‘Korean Wave’ – the spread of Korean music, drama and film to the rest of the world. But is this rapidly rising industry struggling to shed a darker side? 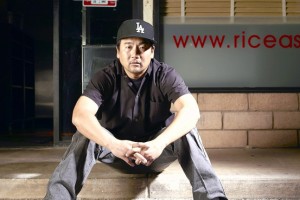 Culinary star Roy Choi added another restaurant to his rapidly growing empire after being named head chef at the swanky Beechwood Kitchen in Venice, according to LA Weekly. Choi […]