What it’s about: The fifth season of this medical soap ended in a heart-rending cliffhanger. Viewers were left wondering which pivotal character had died—George or Izzie?—that is, until it was announced well before the season 6 premiere that the firebrand, Katherine Heigl, would return and T.R. Knight would not.
The cast: Sandra Oh plays tactless resident Cristina Yang, who is dating Iraqi War vet Dr. Owen Hunt. The new boyfriend’s PTSD, however, caused him to choke Cristina in his sleep. Perhaps this season, the couple will invest in separate twin beds.
Why we’re excited: Now that Izzie no longer speaks to dead boyfriend Denny, hopefully, the show will regain some past glory.
Why we’re worried: Knowing Grey’s, George might come back as one of Alex’s syphilis-induced hallucinations.

What it’s about: Independent consultant Patrick Jane solves criminal cases through his unparalleled observation skills (honed during years of playing a phony psychic. Sound familiar? Fans of The Mentalist snidely like to think of it as Psych’s better-looking younger brother.
The cast: Tim Kang plays deadpan investigator Kimball Cho, whose emotions range from stoic to stern. You might also recognize him from numerous commercials for Shell Oil and AT&T.
Why we’re excited: The Mentalist was the only breakout hit of last season. So as long as Kang doesn’t pull a Gary Dourban (who left CSI to pursue other interests—namely cocaine and ecstasy), he’ll have some job security for a while.
Why we’re worried: There is an absolute glut of these genius mystery-solver types (Lie to Me, Law and Order: Criminal Intent, House). It’s a wonder why these guys don’t team up to cure cancer.

What it’s about: It’s 2007. The Others are following Locke’s mission to kill the mystical Jacob. Or, it’s 1977. Jack and pals just detonated an atomic bomb at the Swan Station. Or, it’s 2007 again. Sun is looking for Jin, who’s stuck in 1977.  Confused? Join the club.
The cast: Asians abound! Daniel Dae Kim and Yunjin Kim return as husband-and-wife Jin and Sun. For all of season 5, the two have been separated 30 years, and we can’t wait to see if they finally reunite. Also, Ken Leung returns as Miles the dead-whisperer with daddy issues, along with Francois Chau as the haggard Dharma Initiative physicist (and Miles’ pops!) Dr. Chang.
Why we’re excited: It’s the 6th and final season. All the questions will finally be answered! Convoluted, yes, but Lost has maintained a grand vision that is always a step ahead of its audience.
Why we’re worried: It’s J.J. Abrams—master of illusions, but conclusions? Not so much.

What it’s about: Dexter’s a daddy in season 4! Fatherhood will present certain challenges for the forensic-specialist-cum-vigilante-serial-killer (played by Michael C. Hall). But he finds inspiration (and competition) when a prolific and elusive serial killer (John Lithgow) moves to Miami.
The cast: C.S. Lee plays forensics investigator Vince Masuka. Lest you assume he’s a stereotypically mousy Asian, you’ll be pleasantly surprised to learn he’s a hot-headed, foul-mouthed hornball.
Why we’re excited: John Lithgow is a brilliant character actor at once hilarious and downright creepy. He should be a great addition to the season.
Why we’re worried: The juxtaposition of middle-class ennui and crime has become practically de rigueur on television since the Sopranos. We don’t need another reminder that suburbia sucks.

What it’s about: To give a synopsis of Heroes season 3 in 50 words or less is like arriving at a Todai two minutes before it closes. You’re just not going to get all of it. Suffice it to say in the upcoming fourth season, Sylar’s villainy won’t lay dormant inside the body of Nathan for very long.
The cast: James Kyson Lee plays Ando Masahashi, friend to time-traveling, teleporting Hiro Nakamura (Masi Oka). In season 3, Ando acquires the power to project fireballs from his hands like Ryu in Street Fighter. Hadouken! Unfortunately, Hiro lost his powers and restoring them has come at a cost. Their relationship may shift as one gets weaker and the other gets stronger. Meanwhile, Dr. Mohinder Suresh (Sendhil Ramamurthy) seeks redemption for the diabolical work he did on behalf of The Company.
Why we’re excited: We’re not.
Why we’re worried: Seriously, is anyone still excited about this wayward show anymore?

What it’s about: A determined high school teacher attempts to revive the defunct Glee Club with a ragtag group of underdogs. But the conniving, territorial coach of the cheerleading squad stands in his way, dead-set on enforcing the school’s rigid social hierarchy. Relationships are tested and formed in between rockin’ musical numbers.
The cast: Jenna Ushkowitz—a Korean adoptee raised in New York City—plays Tina Cohen-Chang, the club’s shy, punky, angst-ridden emo-girl who suppresses her stuttering long enough to sing her heart out. Ushkowitz comes with an impressive Broadway resume including roles in “The King and I” and “Spring Awakening.”
Why we’re excited: This isn’t a Disney-fied version of adolescence. It’s high school the way most of us remembered it, but with better singers.
Why we’re worried: Losers don’t exactly translate to ratings gold—just ask Freaks and Geeks.

What it’s about: The world’s population experiences a blackout for 2 minutes and 17 seconds during which time survivors see a vision of their lives six months in the future. While authorities attempt to understand who or what caused the event, individuals are left wondering if their destinies have been sealed.
The cast: After playing Sulu in Star Trek, John Cho apparently only does sci-fi now. Which is fine by us as long as he keeps kicking ass! In his new show, he plays FBI agent Demetri Noh, who is part of the law enforcement team investigating the phenomenon. He, however, is a tad bit unnerved by the fact that he had no vision of his future whatsoever. Doh!
Why we’re excited: With Lost approaching its series finale, ABC is touting FlashForward as the new Lost. Early reviews seem to agree.
Why we’re worried: It’s not like not like we haven’t heard that before. Remember The Nine? No? You’re not the only one.

What it’s about: Disbarred DUI lawyer, Jeff Winger, has four years to earn a real degree to replace the fake one he received from Colombia University. He returns to the bottom rung of collegiate institutions: community college. There, he meets the woman of his dreams and attempts to finagle his way into her pants.
The cast: Ken Jeong—fresh off the heels of the sleeper comedy hit, The Hangover—plays mercurial Spanish teacher Señor Chang, who defies racial stereotypes. ¿Comprende?
Why we’re excited: If Community is a success, maybe network execs will come to realize what fans of Ken’s stand-up have known for years: He deserves his own damn show!
Why we’re worried: If he does get his own show, some words of warning: All-American Girl.

What it’s about: The infamous address gets a sleek makeover with a brand new crop of ridiculously attractive twenty-somethings and—whoops—a dead body in the pool. It’s a whodunit with a heavy dose of who’s-doin’-it, who’s-not-doin’-it, and who’s-ready-to-do-it-again. Fans of the original can look forward to familiar faces swinging by.
The cast: Stephanie Jacobsen plays medical student Lauren Yung, whose financial woes force her to moonlight as a call girl. Asian students…always over-achieving. Apparently, stripping your way through college is sooo mid-90’s.
Why we’re excited: Hello!—it’s Melrose Place! There are at least three things to get excited about…sex, sex and more sex. Why we’re worried: If the revamped 90210 is any indication, expect blatant product placement and obnoxious corporate tie-ins. Present-day Melrose Place could start to feel a lot like present-day Times Square.

What it’s about: After two failed attempts at a television adaptation of the movie Witches of Eastwick (based on John Updike’s novel), ABC finally delivers this series. In Eastwick, the lives of three very different women intersect when a mysterious gentleman comes to town. His presence unleashes powers the women never knew they had.
The cast: Lindsay Price (last seen on NBC’s Lipstick Jungle) plays Joanna Frankel, the awkward newspaper reporter who suddenly discovers her power of persuasion. A gifted singer/songwriter, Price’s vocals can also make men swoon.
Why we’re excited: These aren’t your pale, frumpy, frizzy-haired Wiccans. These are some smokin’-hot witches with the wardrobes to match. Think of it as Hex in the City.
Why we’re worried: Early reviews haven’t been too kind to this one—apparently it’s less than spellbinding. Given its track record, the TV adaptation may be cursed.

Photos courtesy of the television networks 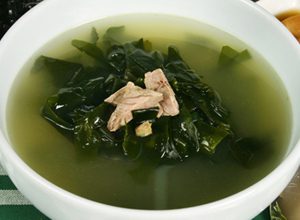 I will never touch another bowl of miyukgook. I will not wear slippers or socks. And no, my kid will not wear a snow hat in the dead-heat of […]