She is currently one of China’s most popular award-winning actresses, she’s been placed on Forbes‘ list of 100 Most Powerful Women at age 34, and she’s gorgeous. Those are just some of the many, many reasons you should get to know Yao Chen, Chinese actress, activist and philanthropist.

Named by Time Magazine as China’s “darling” of romantic comedies, the Fujian province native has starred in an a variety of films and shows, debuting in the TV drama City Man and Woman in 2002. Chen has also appeared in a slew of well-known Chinese films such as Firestorm and Colour Me Love, as well as Sophie’s Revenge, where she starred alongside A-listers Fan Bing Bing and Zhang Zi Yi.

Though she has enough awards under her belt to make any actress in the industry envious, that is not the sole reason why Chen currently has an unbelievable amount of followers on social media. She was even nicknamed the “Queen of Microblogging” because of her impressively large fan base of more than 71 million followers on Weibo, the Chinese microblogging service, surpassing Katy Perry’s 54.8 million Twitter followers.

Turns out, the Chinese darling is way more than just a pretty face – Yao Chen also has a heart to reach out to others. According to China Daily, in 2010 she was named as UNHCR’s (UN’s Refugee Agency) first Chinese honorary patron, and in 2013 she was named Goodwill Ambassador of China by the same agency. That year, she took her first trip to Mae La, a camp in western Thailand to visit Myanmar refugees, and later on donated to UNHCR’s relief fund for people affected by the drought and famine in Africa.

Continuing with her philanthropy work, Yao recently took some time off her glamorous celebrity life and visited Syrian refugees in Lebanon, paying for the trip with money from her own pocket.

Of course, this was certainly no romantic getaway as one can imagine, and she was constantly in danger. Even after safely returning to China, she still has recurring nightmares. “On the way home from the grocery store, I find my house has been bombed. Everybody is running and crying. I cannot find my family. Then I survive alone in ruins …” she told China Daily about her nightmare. Sadly, this was reality for many of the refugees she had met, who had fled to Lebanon and sought shelter in old buildings, garages and storehouses.

During her time in Beirut, Lebanon, the actress also had a number of scares, as car bombs frequently were set off in the city and noises of gun shots were constantly heard on the streets. Still, with an admirable attitude, Yao told China Daily that she would still have gone even if she had known about the amount of danger she would be put in. And though she admits she feels like there is not much she can do to help the refugee’s situation, she feels that her time there was well spent. “Our visit can’t change their fate or current situation, but it will draw attention from others, and I can share the area’s condition with more and more people,” she told China Daily. 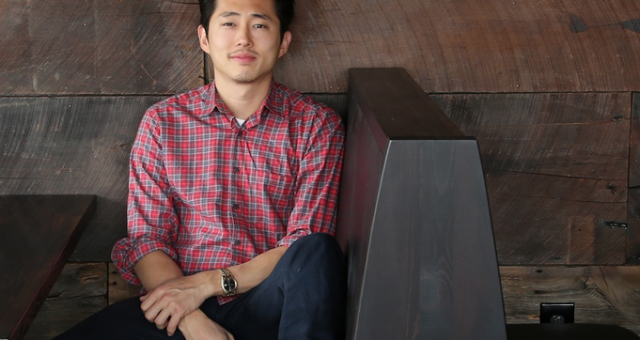 In 2005, when Korean American actor Steven Yeun decided to pursue acting rather than get a job that directly correlated to his degree in psychology, you can imagine all the […]