All kids fantasize about the day that they’ll become adults. But what if that fantasy could be fulfilled immediately? And what if they got super powers at the same time?

In “Shazam,” a young boy can unleash his jacked, adult alter ego with just one word—you guessed it—shazam! Directed by F. Sandberg (“Annabelle: Creation”), “Shazam” follows the story of a streetwise, 14-year old boy named Billy Batson (Asher Angel) who is given the gift of a superhero, adult alter ego (Zachary Levi) by an ancient wizard. At first, Baston uses his superpowers to goof off (Whoa, can he shoot lightning from his fingertips?), but soon realizes that he needs to master his abilities and use them for good to defeat the evil Dr. Thaddeus Sivana (Mark Strong). The film also features “Fresh Off the Boat” actor Ian Chen as Eugene Choi, a friend of Billy’s, and Ross Butler (“13 Reasons Why”) as the adult version of him.

“Shazam” presents a slight departure from the DC Universe’s usual fare of serious, adult-angled films like “Wonder Woman” and “Suicide Squad.” While the movie aims to appeal to kids and parents with its fun, family-centric themes, “Shazam” hopes to not lose its usual audience. Rated PG-13 for action, language and suggestive material, “Shazam” is set to make its premiere in theaters today, April 5. 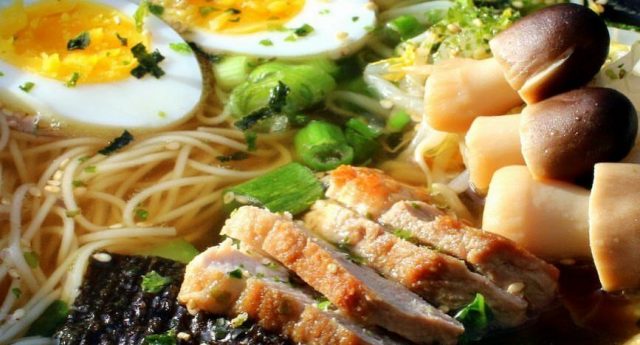 With over 30 four- to five-star ramen restaurants to choose from in the area surrounding Union Station alone, finding a place to slurp down hot, soupy noodles in L.A. […]