Chu recently starred in the film “Ms. Purple” which follows the story of a young karaoke bar hostess struggling to make ends meet while taking care of her terminally ill father. The film garnered widespread attention at this year’s Sundance Film Festival for its gritty portrayal of Koreatown’s dark underbelly. With the help of leaders like Chu, ASSC hopes to build bridges of understanding between Asia and the West while honoring trailblazers in the Asian American community. The event will take place at the Skirball Cultural Center April 7.

The gala will also feature other prominent figures in the Los Angeles Asian American community like artist and restaurateur, Michael Chow, urban developer, Goodwin Gaw and ice dancers, Maia and Alex Shibutani, who took home bronze medals at the 2018 Winter Olympics. The L.A. Dodgers (represented by President and CEO Stan Kasten) will also be recognized for their role in promoting a diverse and inclusive future in sports. Katherine Ho, who wrote a Mandarin version of the Coldplay hit “Yellow” will be entertaining for the night.

For ticket and sponsorship info, check out the event’s website. 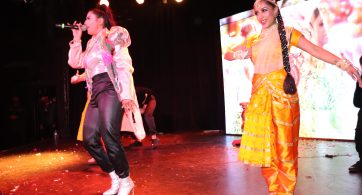 There’s absolutely no way of getting in the way of this EP. Svetha Rao aka Raja Kumari is dropping her second EP, “BLOODLINE,” today. Known for collaborating with artists […]