Now in her third season playing the title role in The CW hit series, Nikita, Maggie Q knows what she wants – from the best angle to showcase a gown to how an action scene should be done in Hollywood.

At the start of our interview, Maggie Q jokes that she might be in a concussed state.

“I was just fighting this guy, and I smashed my head into the camera,” she says, still stunned. “I paused for a second, I had tears coming out of my eyes, and then I was like, ‘OK, I’m ready. Let’s go.'”

For most people, this sounds like a horrific assault, but it’s just another day at work for the 33-year-old actress and action star. In the past two seasons of her CW television show Nikita, Maggie has fallen down a ladder, broken fingers, and even burned her breasts. The latter happened while filming a scene where she was running down a hill, shooting a gun. She was sprinting so quickly that the hot, empty shells fell straight into her bra.

Before Nikita, before Hollywood was courting her for blockbuster roles in Mission: Impossible III and Live Free or Die Hard, Maggie paid her dues acting in Hong Kong martial arts films like Gen-Y Cops and Naked Weapon – productions where safety codes were more lax, to say the least. Therefore, getting her potential head injury evaluated seems far from her mind. She’s on a strict half-hour break from shooting the show, now in its third season, and in exactly 27 minutes, she will go back for more.

When the creators of Nikita approached Maggie to star in their television re-boot of the 1990 French film of the same name, the Vietnamese-Irish-Polish American told them she wouldn’t do it unless it was good. This was her first time doing television, after years of acting in feature films, alongside action legends including Jackie Chan, Jet Li, and Sammo Hung.

“My standards are very high,” says Maggie. “They’re high on set, they’re high for the writers, they’re high for myself. I told them from my first meeting that if I can’t do movie-quality action, then I’m not interested. I want to do something on TV that we haven’t seen before.”

Maggie is not an actress who is just satisfied being the high-profile face of a project. She makes sure her voice is heart behind the scenes. Even during the photo shoot for this story, Maggie wasn’t shy about voicing her creative opinions. The creative directors asked her if she could let her hair down; Maggie wanted her hair up. They asked her to pose sitting in an antique chair; after complying for a minute, Maggie told them she really wasn’t feeling the chair. It wasn’t a good showcase for the dress, she explained. At one point, the photographer asked her to let loose, perhaps dance around a bit for the camera. Maggie barely moves, keeping the same serious, sultry expression on her face.

Maggie acknowledges that she doesn’t smile very often in magazine photo shoots. Part of it is that she feels she is sometimes put into a box: she’s not exactly exactly seen as the romantic comedy girl-next-door, and unless she’s on Cosmo or Modern Dog magazine, people tend to want her to be badass. But part of it has to do with habit, namely what she had learned while doing commercial modeling in Asia before becoming an actress. (“It’s couture,” Maggie explained later. “Why would I be all smiley?”)

You get the sense that Maggie knows how to control her surroundings, especially when it comes to her work. Luckily, Maggie’s demands often lead to quality results. Partway through the first season of Nikita, Maggie felt that the stunt coordinator needed to be replaced. And sure enough, before anyone could call “diva” on the lead actress who got a member of the crew fired, the lackluster punching and kicking of the first six episodes blossomed into fight scenes that spanned multiple stairwells, that showed Nikita swinging giant iron chains she had yanked free from a cement ceiling, that incorporated what has become one of Nikita’s signature moves – where she leaps onto her target, wraps her legs around his neck, and brings him down to the ground with a swift twist of her thighs.

“See?” says Maggie. “I had to bring them my guys, who I had done many movies with,” she says, referring to Jonathan Eusebio, who has worked on The Avengers, the Bourne series, and The Expendables. “He came in as a favor to me, because he knew how impossible it would be for me to let go of my level of quality. I wanted to set a bar with everybody, to say, ‘This is what we do [in features], and this is how we do it. Anything less than this is unacceptable.’ The standard became real for everyone, and I’m really glad it happened that way.”

One of the strengths of Maggie’s character Nikita, an assassin determined to take down the secret government-funded organization The Division that trained her and other young death row inmates to kill, is that she’s all heart and instinct; it’s a quality that has kept her alive in dangerous situations, but it also causes her to butt heads with partners who require more rational analysis.

“People always ask me, ‘How are you and Nikita similar?'” says Maggie, “and I would say that’s it. For me, it’s all about instinct. I have been given the blessing of having strong instincts about people, about situations, about work, about everything.

“It’s something I use daily,” continues Maggie. “How I want my audience to feel about a story-line, a character, a fight. And I haven’t talked to everyone who watches the show, but I have to use my own instincts about what they want and how people are going to respond.”

One of Maggie’s biggest pet peeves is gratuitous action. On Nikita, the writers and fight coordinators work very closely to make sure the action pushes the story forward. “I can’t just do kung fu for 10 minutes, because that doesn’t make any sense,” she says. “We’re always using different styles of fighting to make it work in the scenario. With Nikita, what we’re doing is all about survival.”

That said, the third season of Nikita introduces new bad guys they’ve nicknamed the “Dirty 30” and promises new avenues of action to explore. “Right now, I’m doing a lot of Filipino martial arts,” says Maggie. “Stick fighting, knife fighting and close quarters stuff where you’re in a car or in a hallway. If you know what you’re doing, you can do really cool fights without a lot of space.”

It’s been a long but gratifying road for Maggie, who admits that confidence has not always come so easily. “When I first started acting, there were times where I absolutely didn’t know who I was, and because of that, the confidence didn’t follow,” she remembers. “You feel lost, and you’re always trying to find something that matters to you. But the older I get, the more I understand what my values are, who I am, what I believe in. And because of that, I’m able to have confidence.”

She’s quick to point out, however, that it’s not “over-confidence.” “I’m my biggest critic, and I’m constantly pushing myself in every corner. But I definitely know who I am, more than I ever have in my life.” 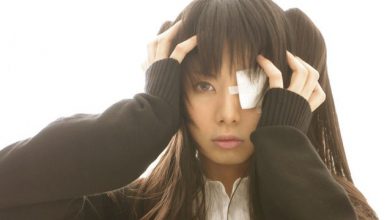 While there are a good number of unusual sexual fetishes out there – this by far, is probably one of the more unusual I’ve discovered: eyeball licking. Yes, you’re […]