Here’s an odd story: At this year’s Mnet Asian Music Awards, Girls’ Generation’s Taeyeon and American hip-hop artist Wiz Khalifa were supposed to hold a collaborative performance, but it didn’t happen — instead, they’ve brought a collaborative catastrophe to social media.

The fact that Teyeon backed out of our performance caught me off guard too but never accept rejection as failure.

Following his post, the K-pop star defended herself in a lengthy post of her own, saying that audio files issues were the problem, and also noting that she was disappointed that the performance couldn’t go through (as translated).

The Wiz went back to Twitter to react to her post, saying “She claimed she had to go to the hospital the night before. Did the practice. Asked to be on a different stage than me then canceled.”

The two were supposed to perform a collaboration of “See You Again,” as a previously leaked rehearsal showed the two performing the song together. When it came time for the performance on Friday, however, Wiz Khalifa performed the song alone. 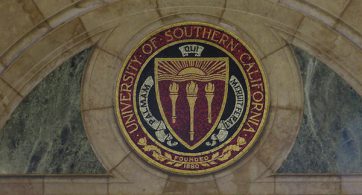 An Asian American psychology professor at the University of Southern California was killed in a stabbing Friday. One of his graduate students is in custody as a suspect, authorities […]