Titled “You Can’t Be Serious,” the book chronicles Penn’s varied life, or should we say lives: his stint as a campaigner for President Barack Obama and subsequent time as a White House aide, his journey to find a space for himself in the entertainment industry and his relationship with his partner of 11 years. The memoir is composed of a series of “funny, consequential, awkward and ridiculous” stories about the actor, including his grandparents’ history as Gandhian freedom fighters. Each tale is backed with Penn’s typical humor and charm, bringing even anecdotes about rides in Air Force One down to earth.

“One of my goals in writing this was that I wanted it to feel like the person reading it was having a beer with me,” Penn told Shondaland. “I wanted to share my experiences with folks, and it seemed like the right time to do that.

Penn is perhaps best-known for starring alongside John Cho in the stoner comedy “Harold & Kumar Go to White Castle.” Most recently, he appeared as Shaan Tripathi in the CBS series “Clarice.”

Fans can also catch Penn on tour to promote the publication, with in-person appearances at New York City’s Symphony Space, Live Talks Los Angeles and the Chicago Humanities Festival. Get your tickets via Simon & Schuster! 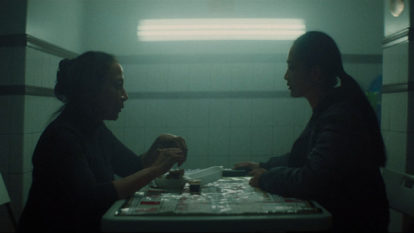 Known for his work on the Jeremy Lin doc “Linsanity,” Leong took to the streets of New York’s Chinatown for a uniquely American crime saga.